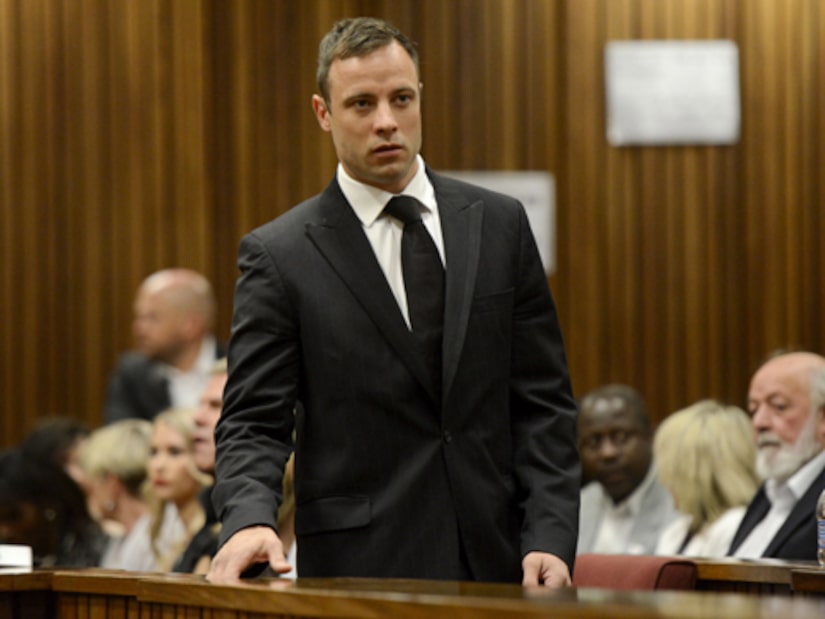 South African Olympic athlete Oscar Pistorius, 27, has been sentenced to five years in prison for the 2013 killing of his girlfriend, model Reeva Steenkamp.

Pistorius, known as the Blade Runner because of the prosthetic legs he uses while running, could have received up to 15 years behind bars for the culpable homicide conviction, the equivalent of manslaughter in the US.

Judge Thokozile Masipa said she was handing down a shorter sentence as an act of mercy.

Although it is not guaranteed, Pistorius' legal team said that after serving 10 months, he will likely be able to finish his term under house arrest.

A separate three-year sentence on a firearms charges was suspended.

Steenkamp's family said they were “satisfied” with the ruling. Reeva's mother, June, told reporters outside the courtroom, “I'm just glad it's over.”

Masipa said that evidence shows that he did not intend to kill his girlfriend, and that he genuinely believed there was an intruder in the house when he began firing shots at a locked bathroom door in his home.

She said the Olympian “acted too hastily and used excessive force," explaining that he should have called security.

"It is clear that his conduct was negligent," she said. 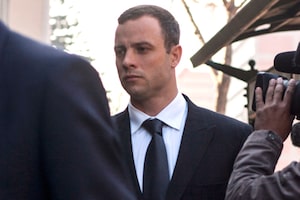 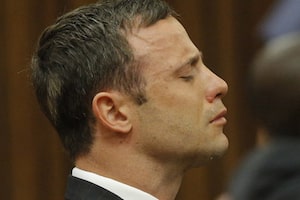 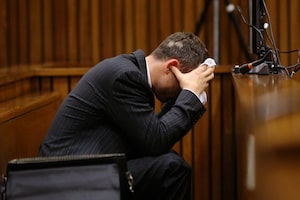 Reeva Steenkamp Murder: Why Oscar Pistorius Covered His Ears in Horror During Trial