Legendary fashion designer Oscar de la Renta, famous for dressing many first ladies, Hollywood starlets and others, has died after battling cancer, reports Variety. He was 82. 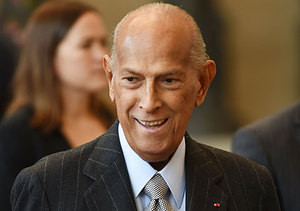 De la Renta gained fame when he dressed First Lady Jacqueline Kennedy in the early ‘60s and launched his own label in 1965.

Vogue editor Anna Wintour wrote a special tribute to her friend on Vogue.com... read it here.

And watch this video of de la Renta being honored Bill Clinton Presidential Library and Museum.

His first wife was Francois Langlade, editor of French Vogue, who died in 1983. He is survived by his second wife, philanthropist Annette Reed.