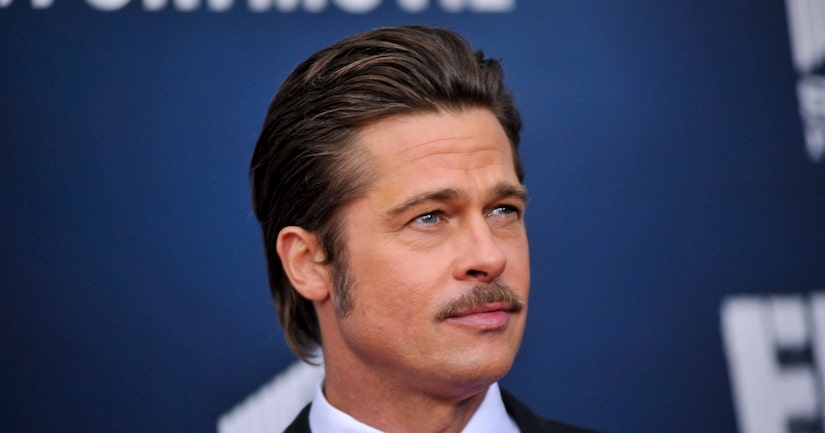 “Extra’s” Jerry Penacoli joined Brad Pitt at the Washington D.C. premiere of “Fury,” where he talked to the star about calling Angelina Jolie his wife.

Pitt smiled, "It was something we thought we'd do for the kids and family but certainly walked away with. It means something, it's not just a piece of paper. I thought we were as deep as you could get with six kids and it upped the ante."

While Pitt is traveling to promote his WWII flick, Jolie is currently in Malta continuing production on her and Pitt’s latest film collaboration, “By the Sea,” which Jolie is also directing.

Penacoli asked if the Malta shoot was a honeymoon of sorts, and Brad replied, “It's a completely dysfunctional honeymoon. It's a really elegant kind of European sparse story that she has written about a dysfunctional couple. It's really about grief, and yes, this is our honeymoon. It's not a bad place to be, I’ll tell you that.”

As for “Fury,” Pitt joked about how five guys in a tank could get a little smelly. “It's amazing the funk you can stir up in a tin can... five guys in there.”

Jerry was also with Brad's co-star in the film, Shia LaBeouf, who chatted about losing a tooth for the role and the advice his mom gave him to get his act together.

“Fury” storms into theaters this Friday.