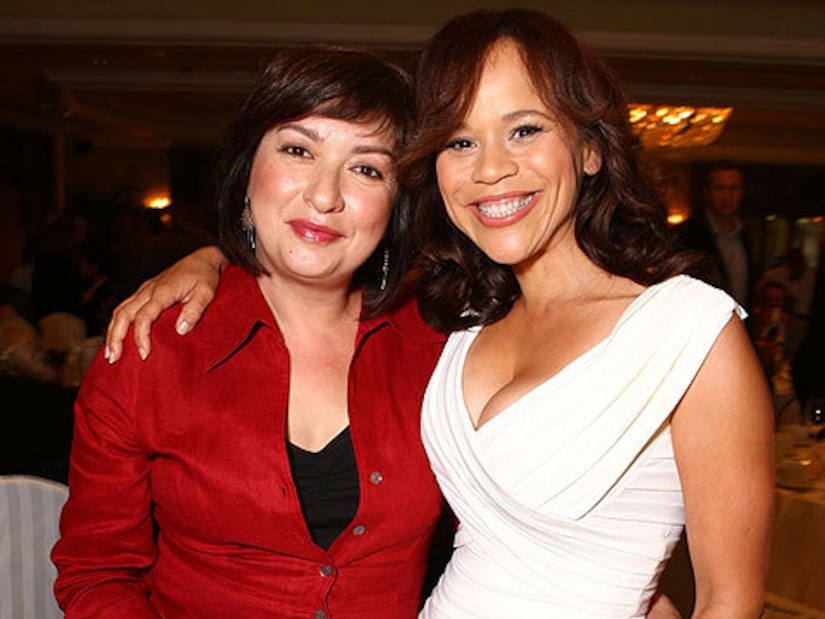 Actress Elizabeth Peña, best known for her stellar work in the movie “Lone Star” and a comedic turn in “Modern Family,” died on Tuesday at age 55 after battling a brief illness.

Hollywood A-listers were shocked by her sudden death, and took to social media to send condolences.

Eva Longoria: “Rest in Peace Elizabeth Peña... you paved the way for so many of us!! WhoSay”

Zoe Saldana: “My heart is broken!!! My prayers are with you and your family. We will miss you #ElizabethPena –ZS”

Robert Rodriguez: “So devastated to hear about the passing of Elizabeth Peña. A lovely friend and wonderful actress. She will be truly missed.”

Martha Plimpton: “Elizabeth Peña was wonderful in everything she did. She shone so bright. An incredibly gifted actress. I loved her. Rest in Peace.”

“The View” co-host Rosie Perez sent her condolences on the show, saying her good friend Elizabeth fought so hard for roles.

Peña had a long career, starring in movies such as "La Bamba," "Down and Out in Beverly Hills," "Jacob's Ladder" and "Rush Hour."

Her most memorable performance was in the John Sayles drama "Lone Star," portraying a history teacher who rekindles a romance with an old flame, played by Chris Cooper.

She appeared in numerous TV shows, including "L.A. Law," I Married Dora" and "Modern Family," in which she played the mother of Sofia Vergara's character, Gloria.

The actress also did vocal work for Pixar's "The Incredibles," the "Justice League" cartoon series and Seth MacFarlane's "American Dad."

She is survived by her husband and two children.