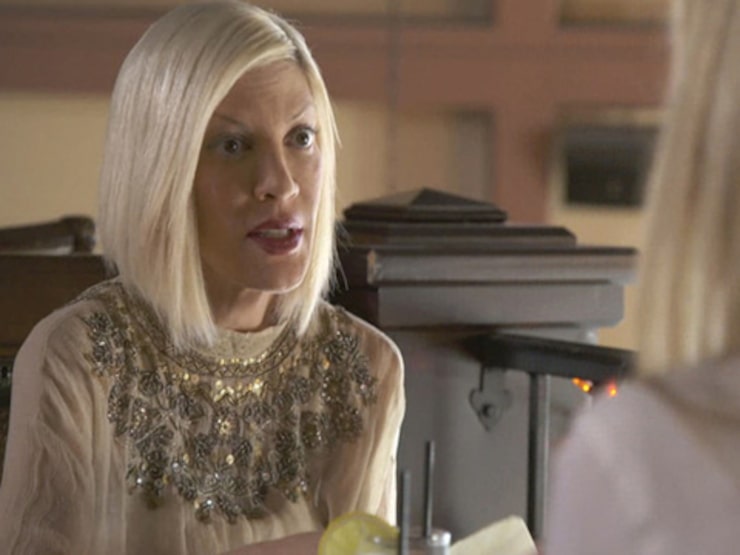 There is never a shortage of drama on “True Tori.”

Eustace kicked Dean to the curb after she learned he was cheating with Tori.

In a new sneak peek, Tori and Mary Jo sit down together for the first time in years. Spelling says everything Eustace told her about Dean turned about to be true. Tori then tells Mary Jo, “You can say I told you so."
Mary Jo responded, "I don't hate Dean. I mean he's a total knob -- I know that, but he's your knob now.”

While many thought Mary Jo should rejoice over news that Dean cheated on Tori, Eustace said she didn't feel that way, and told friends, "It's actually really horrible. It's not a great feeling. They have four children. What does it mean at the end of the day? It doesn't make me feel any better.”

She even brought Tori a love letter that Dean wrote to her just before his affair with the “90210” alum.

After looking at the note, Tori said, "It's just hard to think you can tell someone this one day and then months later, it just changes so drastically.”