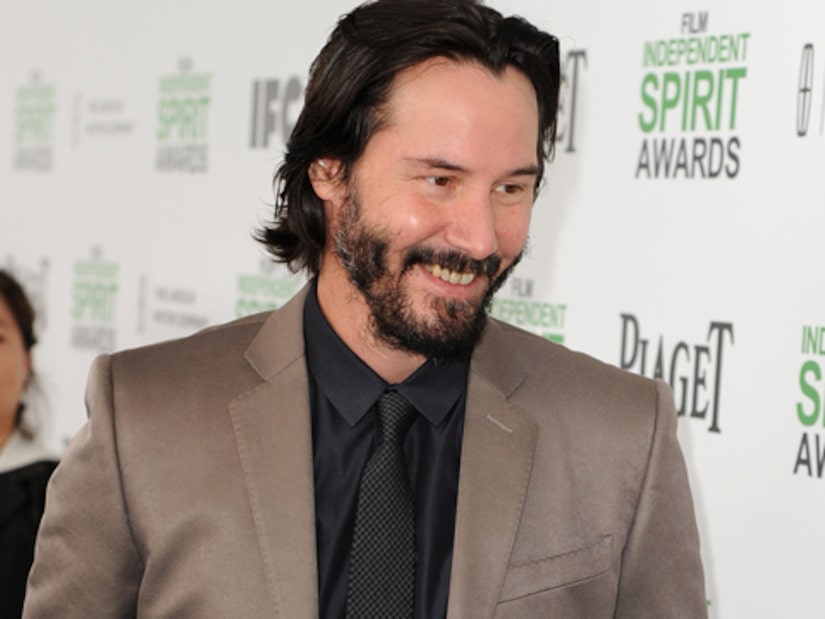 Actor Keanu Reeves endured two separate home invasions by obsessed fans in a week. “Extra’s” AJ Calloway caught up with the star to find out more about the scary incidents.

Reeves said, “I looked up and there was a dark figure in the doorway of the bedroom… it was a woman who was a fan and wanted to say hi at 4 in the morning with her luggage.”

Keanu reportedly kept his cool and talked to the woman before calling 911. The second incident happened while he wasn’t home.

AJ asked if the star has beefed up security. “Yeah, yeah, yeah," he assured, adding, “The police officer told me to get a dog.”

Reeves also opened up about his new action movie, “John Wick,” explaining that the filmmakers make up their own name for his fighting style in the film.

He said, “There was a lot of fun stuff to be had in ‘John Wick.’ The directors all called it Foo, so like Car Foo where you see me sliding different cars and shooting people, there was gun foo where you get to see me doing all types of techniques.”