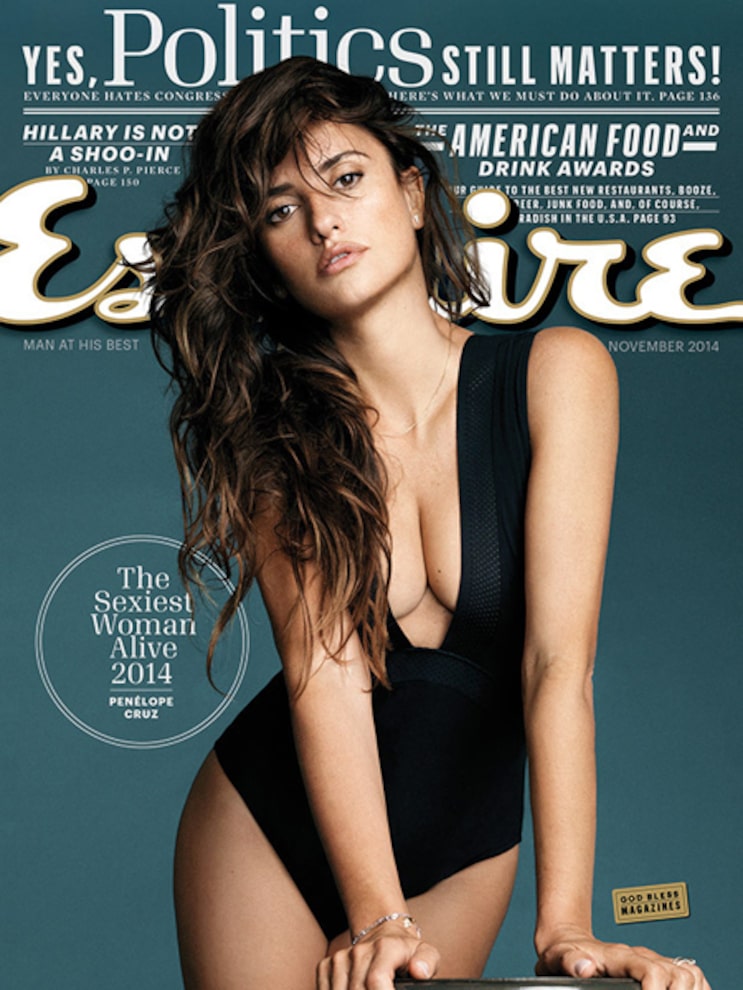 Penelope Cruz, 40, is the Sexiest Woman Alive, according to Esquire, and she's living up to the title with a smokin' hot photo spread in the mag's November issue!

While Cruz wasn't afraid to show her sultry side in the sexy pics, she was less than forthcoming with the Esquire reporter.

The mother of two sat down for a meal with the writer at her favorite restaurant in Madrid. When asked about how her relationship with husband Javier Bardem, she simply said, “That is for us.” She wouldn't comment on her children either, except to say she doesn't feel like the sexiest woman alive; she feels like a mother who doesn't get enough sleep.

The Oscar winner remained mysterious even when discussing her upcoming films “Ma Ma” and “Grimsby.” Cruz did reveal that she sometimes confuses her character's memories and experiences with her own, a blurring of two worlds.

For more with Penelope, visit Esquire.com.