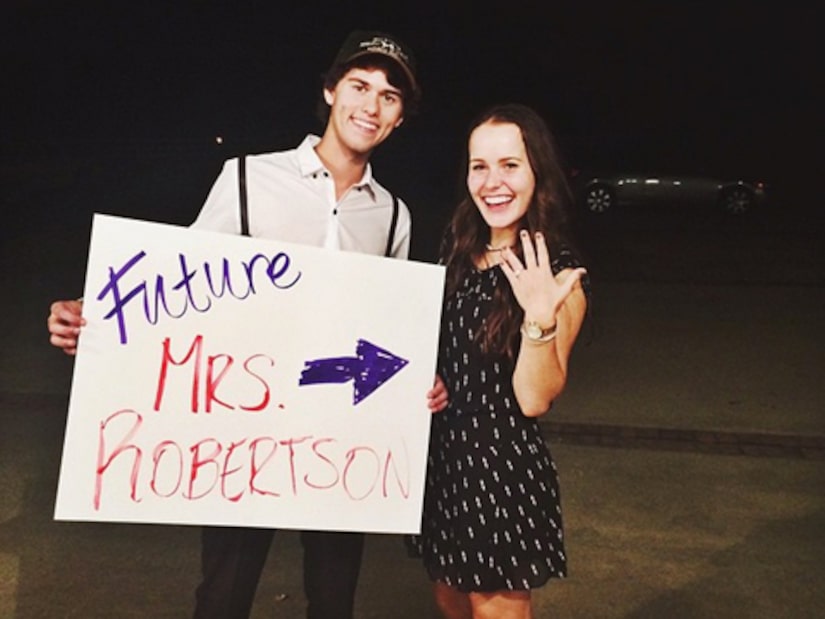 McEacharn announced the news on Instagram with a pic of John Luke holding up a sign that says “Future Mrs. Robertson,” while she flashes her engagement ring.

She added the caption, "Happy Birthday to the boy I'm going to marry."

He also told E! News in a statement, "I am so excited to marry my best friend. I know my parents married young as well, and they have always been examples of what 'could be' to me. Fast-forward 22 years and they are more in love than ever, and I hope Mary Kate and I are the same way in the years to come. God has truly blessed us."

They both attended Ouachita Christian School in Monroe, Louisiana and started dating in March.