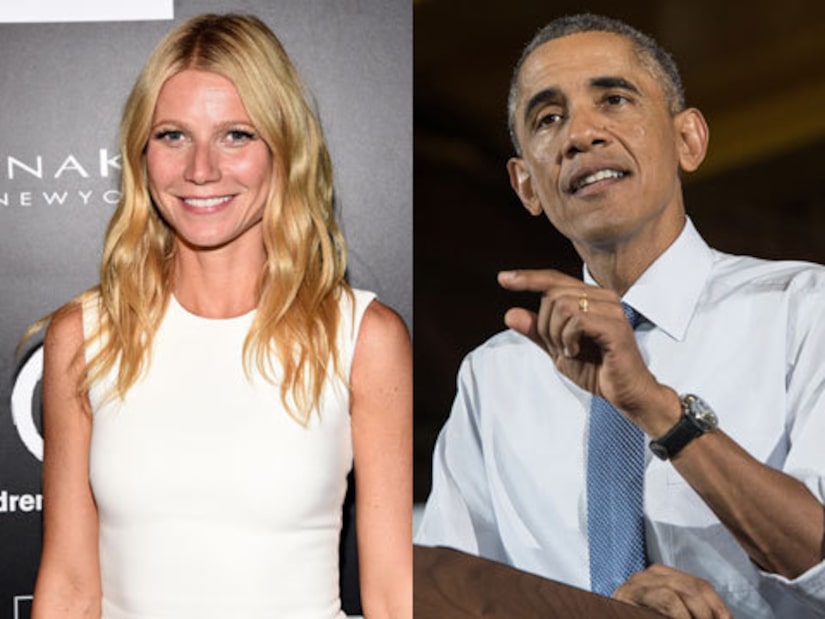 Come on, Gwyneth, tell us how you really feel about President Obama!

According to UsWeekly.com, the actress hosted a fundraiser for the President at her Los Angeles home on Thursday and gushed about her guest in her speech, saying, “You're so handsome that I can't speak properly!”

Paltrow also described herself as one of Obama's “biggest fans, if not the biggest,” and praised him for being an “incredible role model.”

Obama thanked his hostess and her children, Apple, 10, and Moses, 8, for letting him “crash your house” and talked about how kids are one of the reasons the Ebola crisis must be solved.

The President said, "I want to assure everybody that the likelihood of an epidemic here in the United States is extraordinarily small. But there's a humanitarian crisis that's happening right now in West Africa where children not much older, and in some cases younger than Apple and Moses, are dying on the streets alone."

Following the speeches, Paltrow hosted an exclusive dinner for the President and 50 supporters, for which tickets were said to cost up to $32,000.

.@GwynethPaltrow gazing at #Obama as he speaks at fundraiser at her LA home. pic.twitter.com/6gGd9rPP7y