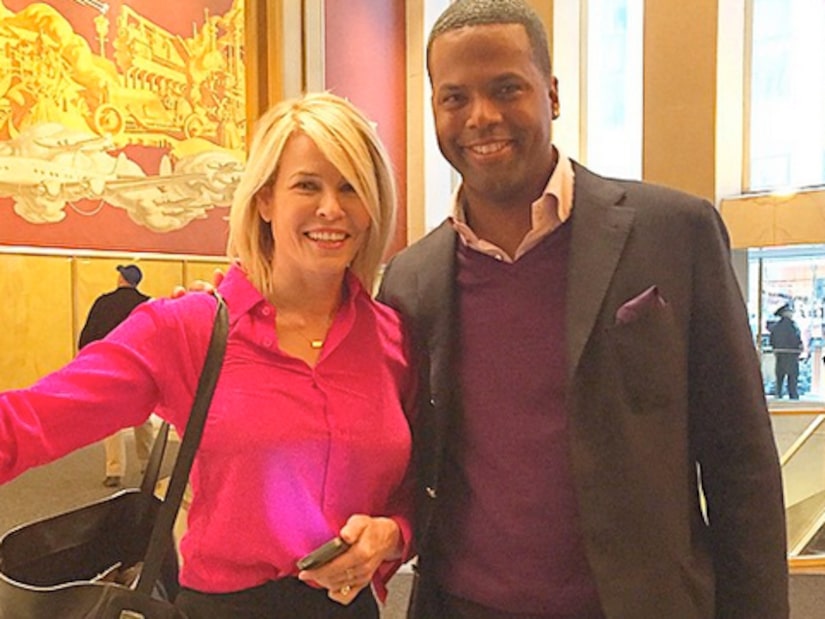 “Extra’s” AJ Calloway caught up with Chelsea Handler backstage at the "Today Show,” where the comedian set the record straight about telling Jennifer Aniston that being friends with her was a burden.

Handler explained it was all in fun. “I was joking, I was saying it was a burden to constantly be asked about her by people like you.”

Chelsea, who recently made her Netflix debut with her comedy special “Uganda Be Kidding Me,” also reminisced about her star-studded “Chelsea Lately” finale. “A really fun night for me especially, yes it was a great way to end the show. It was live, which we hadn’t done ever on that show; we always taped the day of the show but we taped when it was airing, that was very risky for E!”

What kind of risks can viewers expect when her new talk show premieres on Netflix in 2016? Handler said she is not going to do what she did on E!. “I’m done with that, retired from that, and so I have to move on, next chapter, I have to get myself interested in what I am doing and that is interesting, it’s going to be nice not to have to talk about gossip every day.”