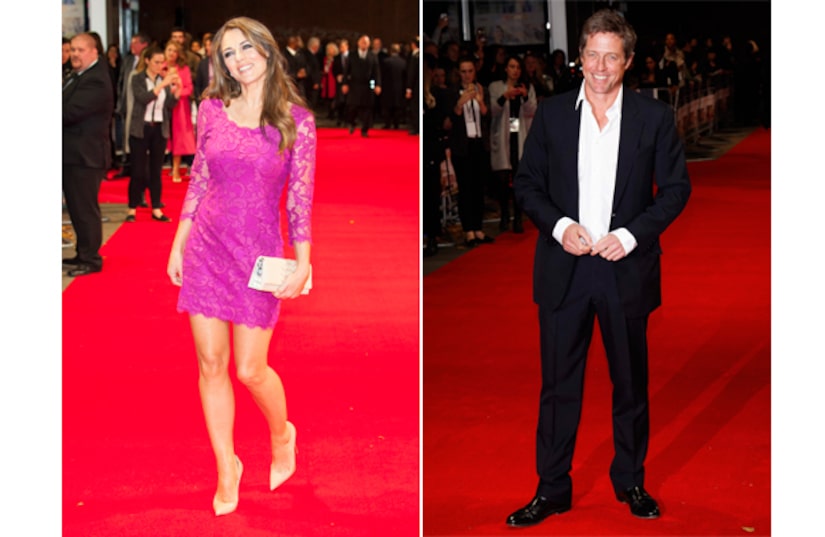 Elizabeth Hurley stepped out to support ex-boyfriend Hugh Grant at “The Rewrite” premiere in London this week.

Hurley looked stunning as always in a bright fuchsia lace mini-dress, while Hugh looked handsome in a black suit.

While the former lovebirds walked the red carpet separately, they were spotted having a brief conversation before going inside. Watch!

After the premiere, Hurley, who is currently filming “The Royals,” tweeted, “I loved @HackedOffHugh movie The Rewrite. V funny, v romantic. I laughed & cried, as they say..,,,”

Elizabeth, 49, and Hugh, 54, dated for 13 years before Grant was arrested after being caught cheating with a prostitute on Hollywood's Sunset Boulevard in 1995.