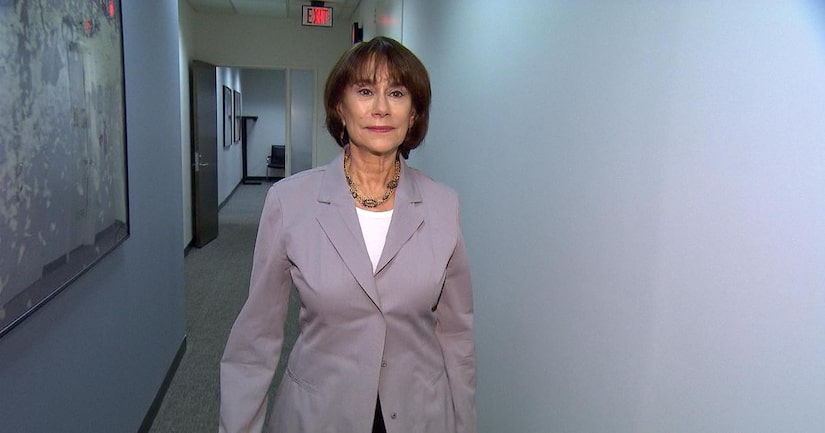 Lynne Silver, a longtime friend of Stephen Collins’ wife, Faye Grant, recently sat down with “Extra” to set the record straight on claims that Faye was behind the leak of the secretly recorded molestation confession tapes of Collins that were released.

Silver also refuted rumors that Grant demanded millions of dollars from Collins to keep the tapes from going public.

Unhappy with the way Faye is being depicted, Lynne stated, “The media seems to be portraying Faye as some kind of blackmailer or extortionist, and that couldn’t be further from the truth. She cares about her child and her family and her privacy. She certainly doesn’t want this splashed all over the news... There is no reason for her to do any of this. California is a community property state, they divide the assets 50/50, so the story about her trying to blackmail I feel is totally inaccurate.”

Lynne says she recently spoke with Faye. “She’s very stressed, as anybody would be, but she’s a strong person, her first reaction was to be worried about her kid, how is she handling all of this publicity, but she seems to be alright.”

Silver continued, adding that Faye is upset and she had hoped that she and Stephen could have handled this privately.

Though Silver hasn’t spoken with Faye and Stephen’s daughter, she has heard that the daughter is doing okay.

Lynne also revealed that Faye decided to end her marriage to Stephen when she found out that he had allegedly molested underage girls saying, “Once Faye heard about the underage girls, she didn’t want anything to do with him anymore and she was also devastated by that whole admission.”

Silver also shot down claims that Grant knew about the sexual abuse allegations and continued to stay with Collins. “No, what happened, they were together until she found out, then they separated. They’ve been separated since 2012 and she did go to the police to report it in 2012 and she filed it in her divorce papers. She did what she was supposed to do.”

As for why Faye decided to record Stephen, Lynne said, “She had hints from Stephen that this had happened, she was concerned about that so she did check with a lawyer who said that any criminal activity that somebody does can be taped, she didn’t know he was going to admit it that day in therapy but she brought it along to be sure.”

Silver added that she doesn’t know who could have leaked the tape, “All I know is the only people I knew who had it are the police and she had met with the court, the court didn’t have the tape.”