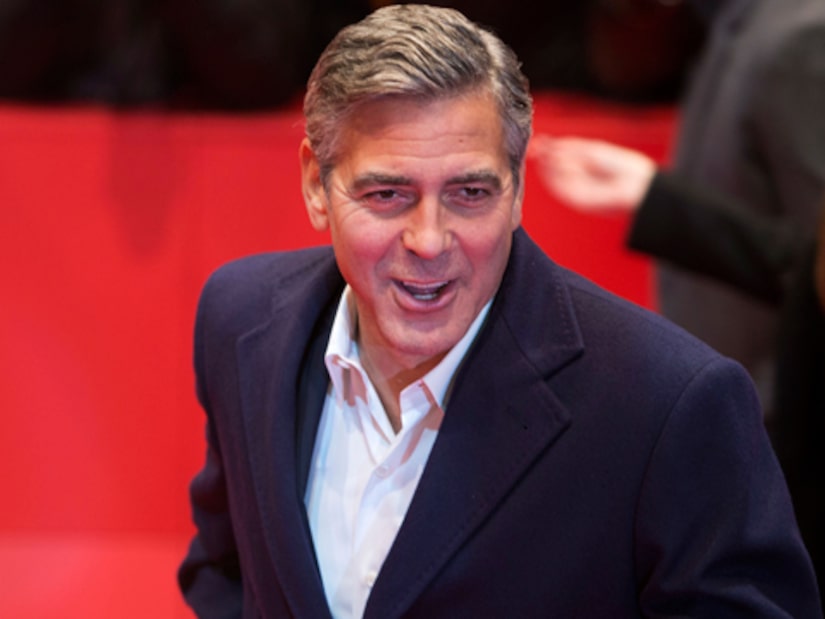 It looks like George Clooney is spending his honeymoon at Comic-Con!

The newlywed megastar crashed the “Tomorrowland” panel in New York on Thursday, to the delight of fans.

According to Deadline, Clooney quipped, “Yes this is my first Comic-Con. Since my Batman I’d been dis-invited from Comic-Con for about 15 years — sorry about the nipples on the suit.”

He also joked of “Tomorrowland, “If you guys need to know anything about the plot just ask me — everybody dies in the end.”

The studio describes the live action Disney film, directed by Brad Bird, as the story of “a teen bursting with scientific curiosity and a former boy-genius inventor as they embark on a mission to unearth the secrets of a place somewhere in time and space that exists in their collective memory.”