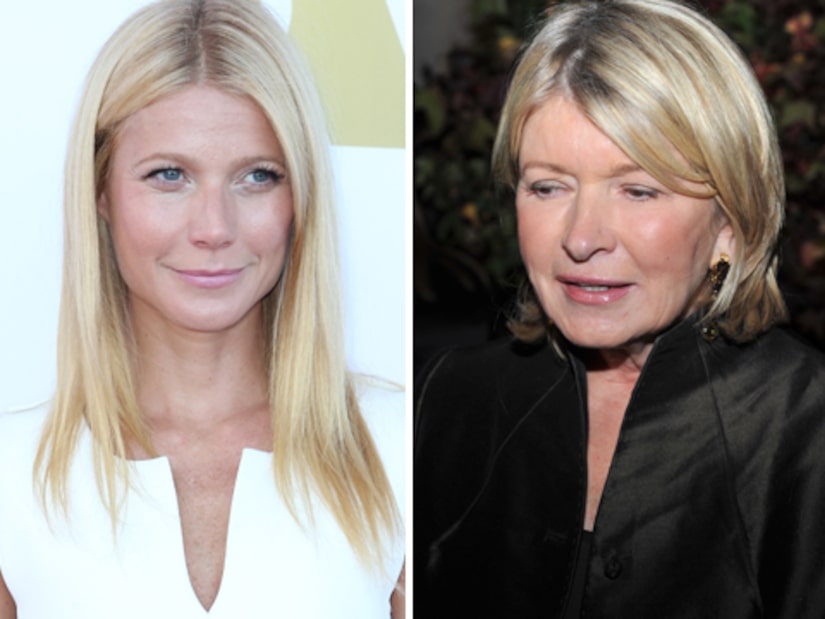 Stewart told Net-a-Porter's magazine that if Gwyneth was "confident in her acting she wouldn't be trying to be Martha Stewart,” adding that the actress needed to “be quiet.”

Paltrow, who recently hired Martha Stewart Living's former CEO Lisa Gersh, responded to the criticism on Tuesday at the Fortune Most Powerful Women Summit in Dana Point, California, telling the crowd, "I'm so psyched that she sees us as competition."

She also joked, "No one has ever said anything bad about me before, so I'm shocked and devastated. I'll try to recover. I think that when anybody criticizes anyone, it really is revealing more about where they are in time and space as opposed to where you are in time and space."

Last year, after reports that the lifestyle mavens were feuding, Martha told “Extra's” Mario Lopez, “I love Gwyneth. All of a sudden we're having a feud? Where does this stuff come from?”

She added, “There's room for lifestyle gurus and experts.”