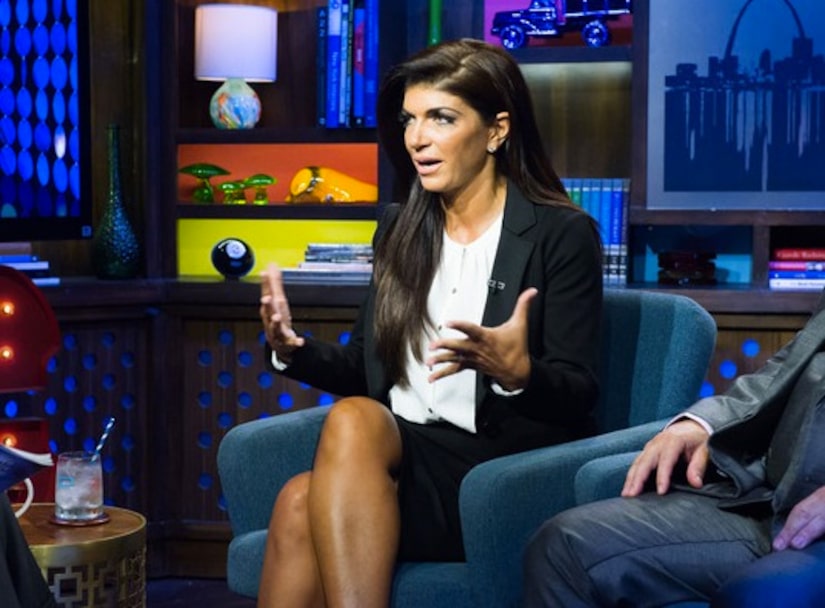 The day after being sentenced to 15 months in prison for bankruptcy fraud, “The Real Housewives of New Jersey” star Teresa Giudice and husband Joe Giudice sat down with “Watch What Happens Live” host Andy Cohen for a candid interview.

The first part of the interview aired on Monday, and an emotional Teresa said that she was shocked to hear she had to spend time in jail.

Teresa thought the plea deal would keep her free. "I didn't fully understand it. I thought my lawyer was going to fight for me. I mean, that's what lawyers do. I don't know. That's why you hire an attorney. You put it in their hands. I mean, whatever they wanted from me -- believe me -- I followed their direction. Whatever they wanted, I gave them. I'm not trying to hide anything."

Joe said he was also shocked by his wife's sentence because he “took all blame and full responsibility for everything. It wasn't like she really had a part... in my businesses. Whatever."

He became defensive, however, when Cohen asked specifics about his fraudulent dealings, admitting he used Teresa. "All right, whatever! I was taking out false loans. They were handing me the paperwork. Whatever the forms were, she had better credit. So, we used her. She never even came to closings -- she's never been to closings!"

Joe added, "Basically, I would get the paperwork, [get her to] sign it, and it would be done."

Although Teresa said she should have read the things she was signing, she told Cohen about the sentence, "I'm just gonna take it and become a better person.”

She added the actual jail time didn't really scare her. "I'm gonna do fine. I'll just slick my hair back and go about my day. I just think about my daughters. That's all I think about."

Teresa is due to surrender on January 5, 2015, and Joe will complete his 41-month sentence once she's released. The couple has four daughters, so their staggered sentences keeps one of them at home with the kids.

What really broke Teresa's heart was how her oldest daughter, Gia, 13, took the news. “She said it's going to be okay. She was being strong for me, I could tell. She said, 'Mommy don't worry about it. I'll be there. I'll help Daddy with the girls.' She said, 'That'll make me a better mom. That'll prepare me for when I'm a mom.' Oh my god, it broke my heart when she said that. She said the one person she was worried about was me.”