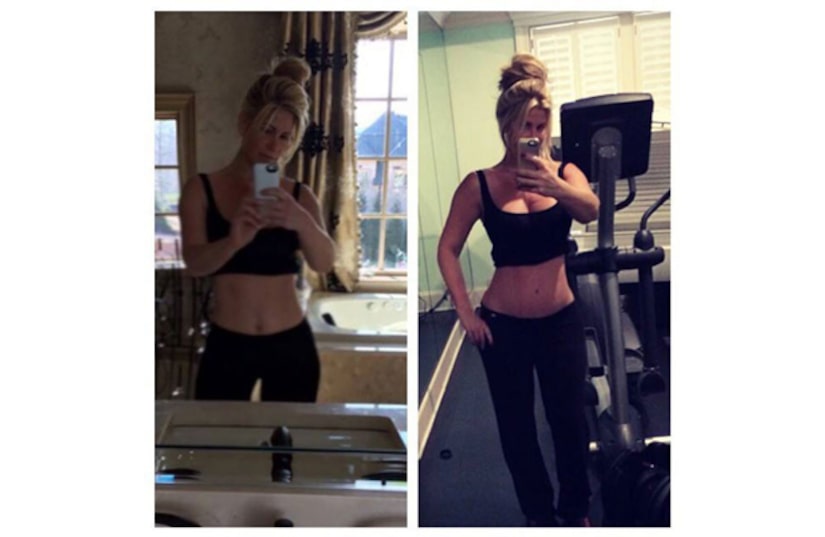 The mother of five posted before and after pics on Facebook, explaining, “Just so you guys are aware of how fabulous I was before my tummy tuck! This picture on the left was taken a few months after I had the twins and before surgery!”

She added, “A plastic surgeon is NOT the cure all! I had a hernia I needed repaired as well as my muscles, so don't get it twisted for you lazy asses that sit on the couch. And think I look this good from a surgeon -- you are now set straight! enjoy!!”

Zolciak also pointed out that one of the biggest differences between the two photos is the placement of her belly button.

Kim's plastic surgery journey, which also included an “incredible set of tatas,” will be chronicled on her Bravo reality show.