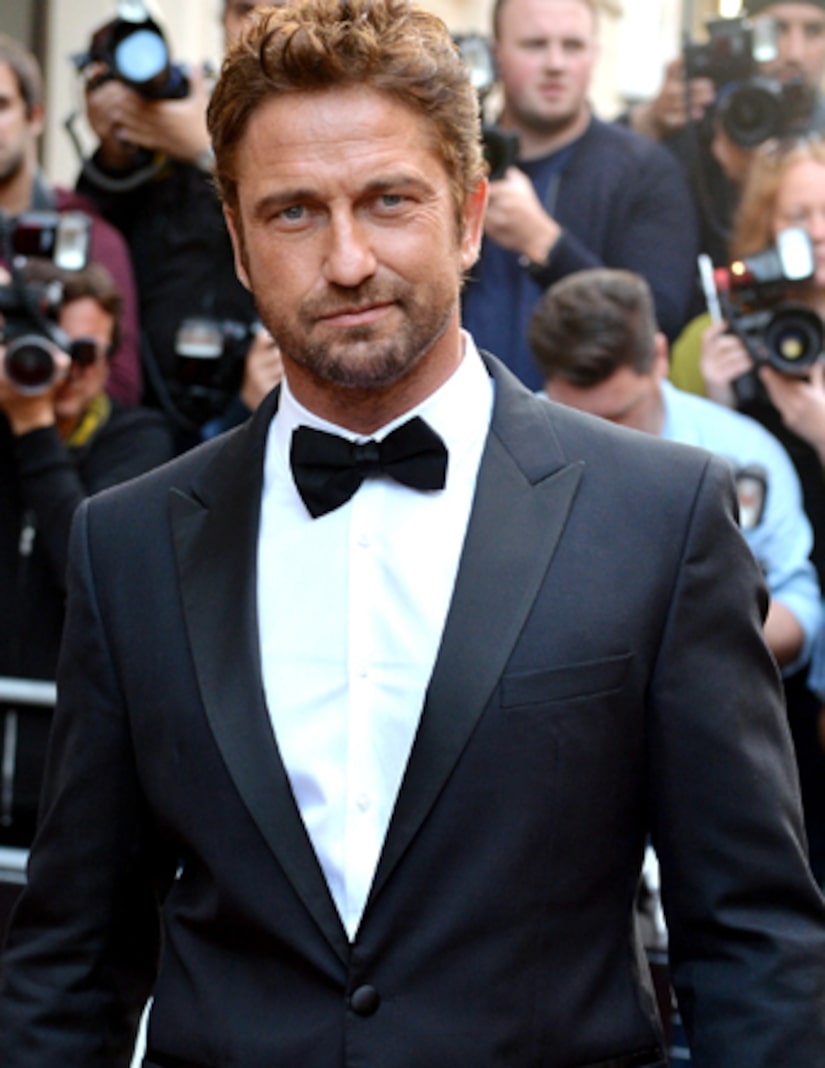 Now that George Clooney is officially off the market, who better to take his place as Hollywood’s most eligible bachelor than Gerard Butler?

Butler, who serves as Hugo Boss’ Global Ambassador of Fragrance and is the face of their “The Man of Today” campaign, is willing to take the title, but only temporarily.

When “Extra’s” AJ Calloway asked him about the role, he mentioned his mystery girlfriend, explaining, “I mean, I'll take that title now, but I am seeing somebody right now, not married.”

Gerard also discussed packing on 30 pounds in four months for “Gods of Egypt,“ saying he tries not to overdo it. “I always have a trainer, I do cardio and sit-ups and make it fun with circuits; right now I’ve been doing training in the hills. I’ve been doing a routine and I go up this hill and back down, then do the routine again and again.”

Butler admitted his guilty pleasure alternates between sweet and savory. “Sometimes I find I’m all savory, no interest (in sweets) and then it kicks off and I won’t want just one dessert, I’ll want four… is that bread and butter pudding, is that, what’s that? That’s me, then it changes from sparkling water to, 'Can I have a Coca Cola with those French fries, double cheeseburger, and just bring those four desserts." As a friend of mine always says, 'That's enough now, piggy.' I’m like, 'What are you talking about, mmmmm?'"

As for what makes him a Hugo Boss man, “That classic identity of what it is to be a man, a lot of strength, hard-working, and I’ve done those things, I’ve worked very, very hard in my career, but nowadays a man that can be emotional and vulnerable and have a lot of fun and is compassionate, and I’ve tried to show those sides to my character as well, it’s an alpha male, but not at the cost of everybody else, a nice blend.”