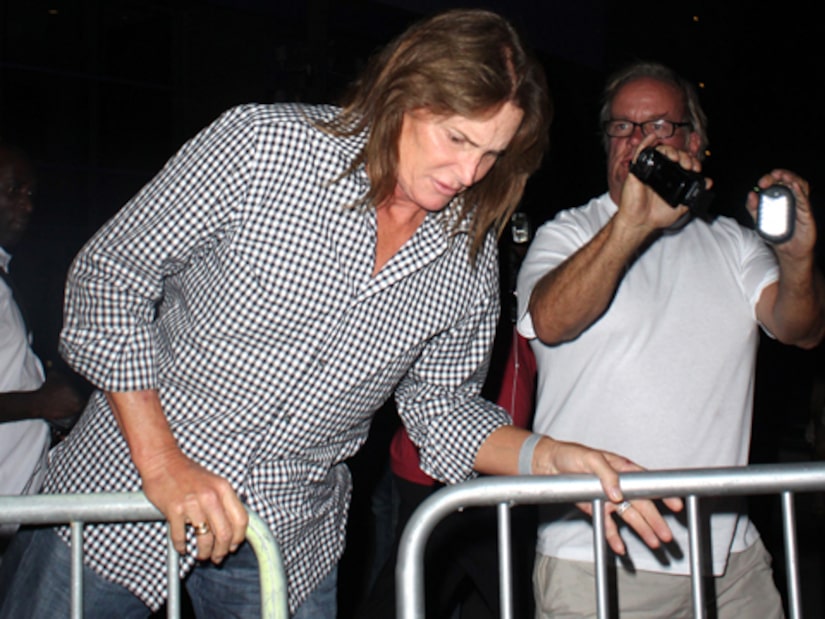 Reality star Bruce Jenner was keeping his long locks pulled back in a ponytail… until now!

Jenner attended the Elton John concert at Staples Center in L.A. with son Brandon Jenner and daughter-in-law Leah Felder, where he let his hair down.

The former Olympian has been letting his hair grow since his split with Kris. The couple filed for divorce last month after announcing their separation in October 2013.

There has been widespread speculation that Jenner may be in the process of gender reassignment.