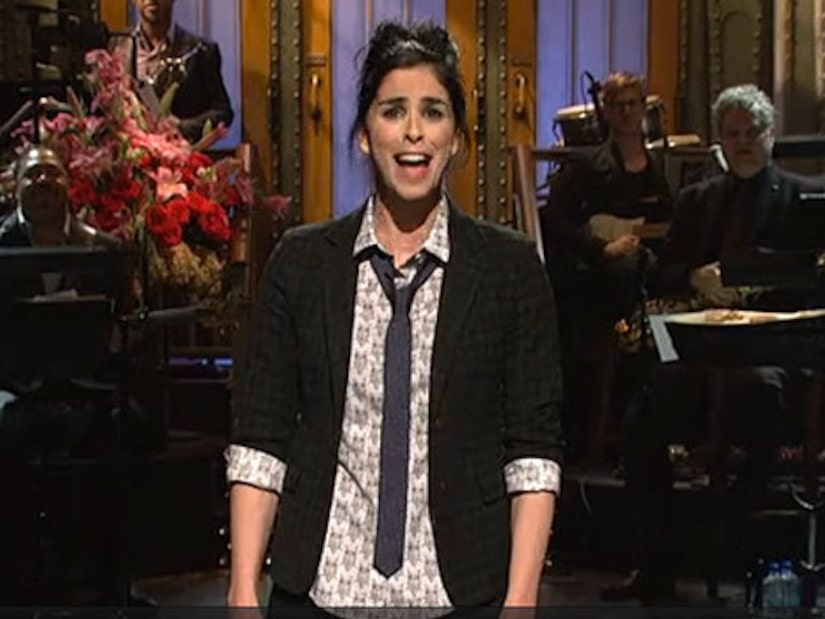 Comedian Sarah Silverman hosted “Saturday Night Live” this weekend, her first appearance on the show in 20 years, and she definitely brought her signature comic style to the show.

Here are some of the best bits:

In her opening monologue, Silverman announced she couldn't really use much of her regular standup routines because they weren't suitable for television. Instead, she sat on the lap of one of the audience's members and reminisced… watch!

Silverman is hilarious as the late Joan Rivers, roasting celebs in Heaven... watch!

Watch the trailer for “The Fault in Our Stars 2: The Ebola in Our Everything”… title says it all.

As a “forgotten TV gem,” Sarah stars in the “Supportive Women” soap, in which women do nice things for each other… watch!

In a skit called “Whites,” Sarah and other Caucasians celebrate their last remaining years as the dominant race… watch!

Adam Levine and his band Maroon 5 were the musical guests... check out their performance of "Animals"!