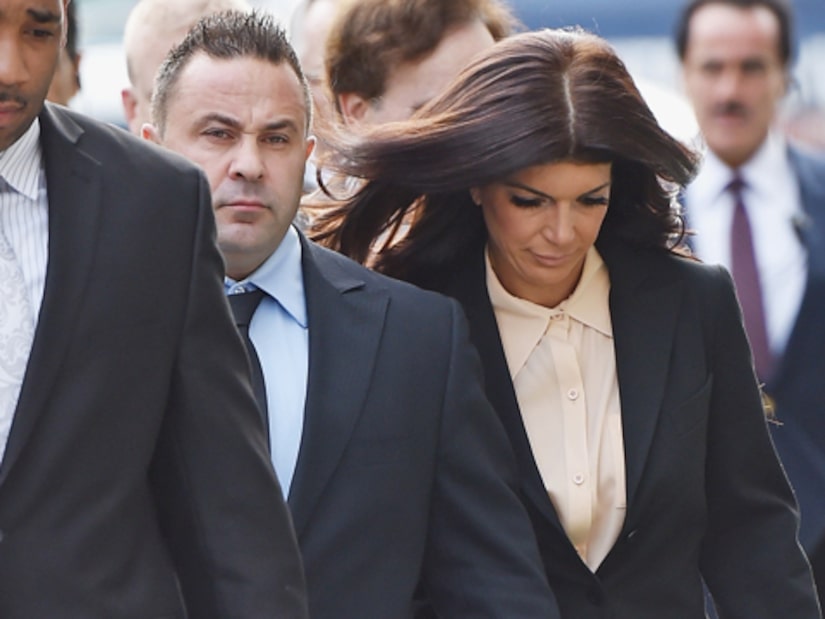 UPDATE: Teresa was reportedly sentenced to 15 months in prison. Joe Giudice was hit with two sentences, totaling 53 months. He will be able to serve them concurrently, resulting in 41 months in prison. Buzzfeed.com says his time behind bars will be followed by supervised release for two years. A fine of $414,588.90 is also due immediately. The judge says Teresa will serve her sentence first, starting Jan. 5, then Joe.

Teresa Giudice and husband Joe entered a federal courtroom in New Jersey on Thursday, hand-in-hand, ready to face the judge and learn their fate.

“The Real Housewives of New Jersey” stars took a plea deal in March, admitting to mail and wire fraud and three counts of bankruptcy fraud. Joe also pleaded guilty to not filing a tax return in 2004.

According to the Associated Press, U.S. District Court Judge Esther Salas slammed the couple for not disclosing all of their assets, including recreational vehicles, in a presentencing report.