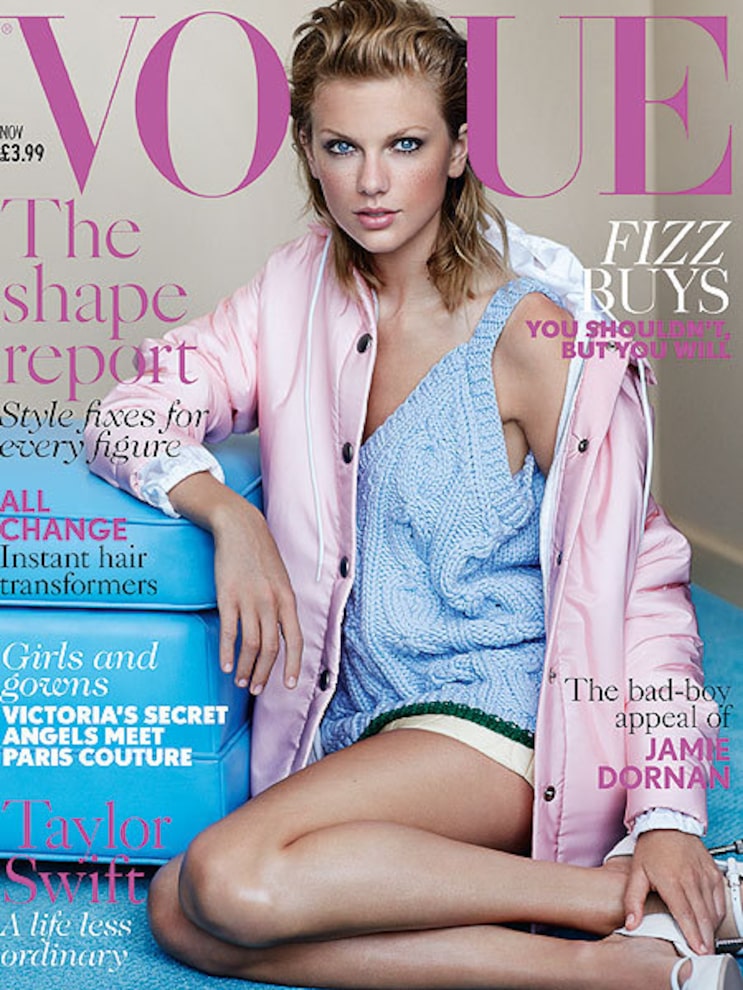 The "Shake It Off" singer, whose famous exes include Jake Gyllenhaal, Joe Jonas, Taylor Lautner and Harry Styles, told British Vogue magazine, "Dating or finding someone is the last thing on my mind, because I can't picture how it could work with the way my life is. I don't know how a guy is supposed to walk next to his girlfriend when there are 20 men with cameras, and he can't protect his girlfriend because that's the life she chose. I just don't see how it could work, so I don't think about it, and I kind of run from it when it presents itself.”

She added, “I don't think any guy really… they think that they would want to get to know me, and maybe date me, but I don't think they want what comes with it.”

Instead, Taylor would rather concentrate on her music and being a role model for other teen girls. "The one thing I wish these girls that come to my shows knew is that they are exactly where I was when I was a teenager. I had no idea who I was... but if you just keep doing 'you', and being who you are and doing what feels natural to you, maybe you won't find a place where you fit in for a very long time, but you eventually will.”

As for her new album “1989,” Swift explained, "This time around I've chosen the brave and bold way of going about things. Because with this album I've completely changed the sound of everything I've done until now. So it's interesting to not be afraid of that," she says. "You know, I don't want to hurt people's feelings, I don't want to betray Nashville, whatever, but essentially it comes down to challenging yourself as an artist."

Read more of the interview at Vogue.co.uk!