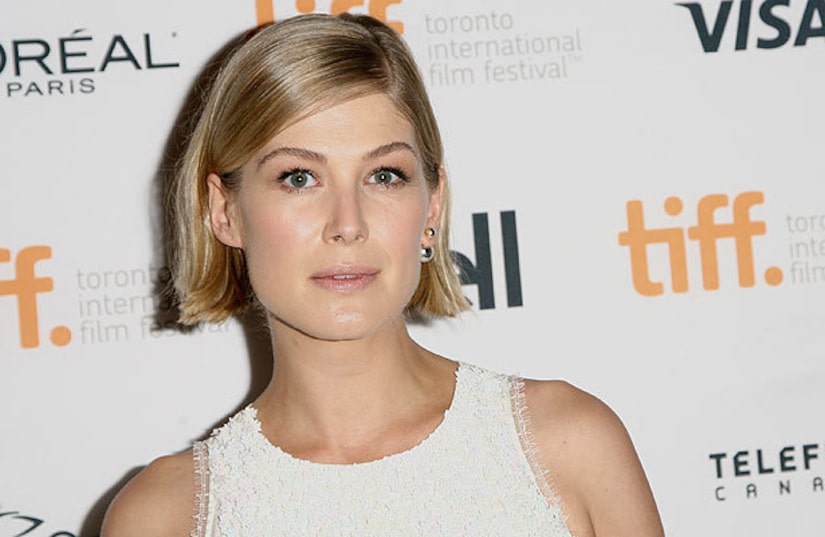 Actress Rosamund Pike is receiving rave reviews for her performance in the upcoming mystery thriller “Gone Girl,” in theaters this Friday, but she's already turned in some stellar performances in her career.

Here are six films starring Pike that you should definitely check out:

Pike plays icy Miranda Frost in Pierce Brosnan's last James Bond movie. Yep, she was a Bond girl… just not the nice one (that was Halle Berry). Watch the trailer!

Although this 2009 British gem launched Carey Mulligan's career (she was nominated for Best Actress), Rosamund was a standout as Helen, a woman who teaches Mulligan's character a few things about how to be '60s hipster party girl. Watch the trailer!

Pike certainly embodies the epitome of a Jane Austen woman in this 2005 adaptation, playing star Keira Knightley's older and more reserved sister, Jane. There was romance off-screen as well. Pike and director Joe Wright became engaged, but later broke up. Watch the trailer!

This underrated 2007 crime thriller stars Ryan Gosling as a rising prosecuting attorney trying to prosecute a manipulative criminal, played by Anthony Hopkins. Pike plays Gosling's boss, and she slays him. Watch the trailer!

Showing some comedy chops, Pike clearly holds her own with British comedians Simon Pegg and Nick Frost in this weirdly funny 2013 sci-film from director Edgar Wright. Watch the trailer!

“Hector and the Search for Happiness”

This latest comedic effort from Simon Pegg will be in theaters this Friday as well, in which Pegg plays a psychiatrist who searches the globe to find the secret of happiness. Pike plays his understanding girlfriend… sort of. Watch the trailer!