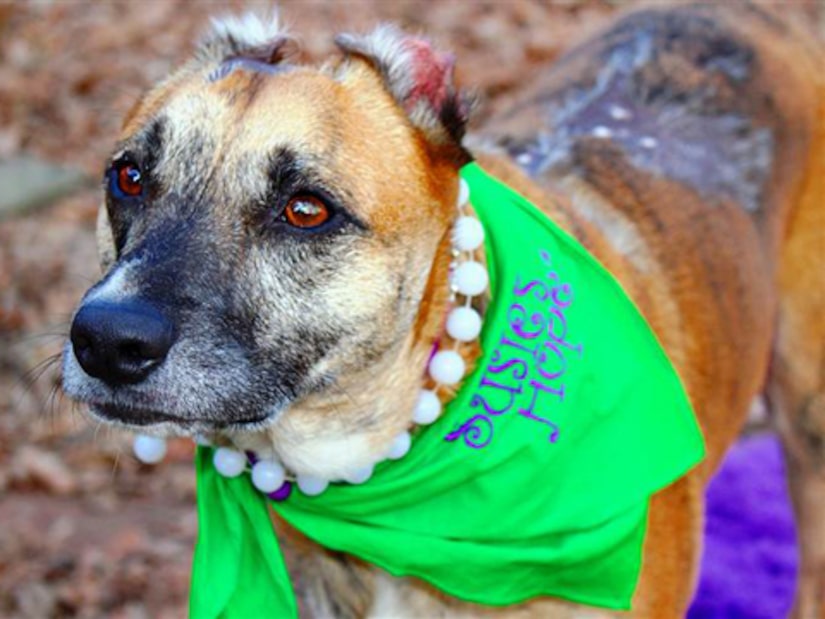 The American Humane Association honored the nation's most courageous canines at the annual Hero Dog Awards in Beverly Hills on Saturday, and Susie the therapy dog took home the top prize!

The pitbull mix was only a puppy when her owner savagely beat her and set her on fire, leaving her for dead in a local park in Greensboro, North Carolina.

Her new owner, Donna Lawrence, told “Extra," “She had third degree burns over 60 percent of her body. Her ears were burned off entirely and she was covered in over 300 maggots when they found her. All because she licked a baby in the face, she was tortured."

After being rescued by a local animal shelter and nursed back to health, she was adopted by Donna, who had been the victim of a terrible dog attack that nearly killed her and left her without the ability to have children.

Together, they helped each other heal from their physical and emotional wounds, triumphing over pain and fear to become voices for abused animals and helping pass "Susie's Law" in North Carolina, which calls for harsher penalties for convicted animal abusers.

Working side by side, Donna and Susie continue to make the world a better place for others by visiting hospitals, schools, and nursing homes to inspire people to never to give up!

Donna, who calls Susie a “miracle,” added, “She didn't stay a victim. She moved forward. She learned how to heal and turn tragedy into triumph."

Howard Stern's wife Beth, an animal advocate, hosted the show with James Denton. She told “Extra,” “I was going through [their stories] last night and I cried. They are all top Hero Dogs, they are all worthy of the grand prize. They are all winners.” 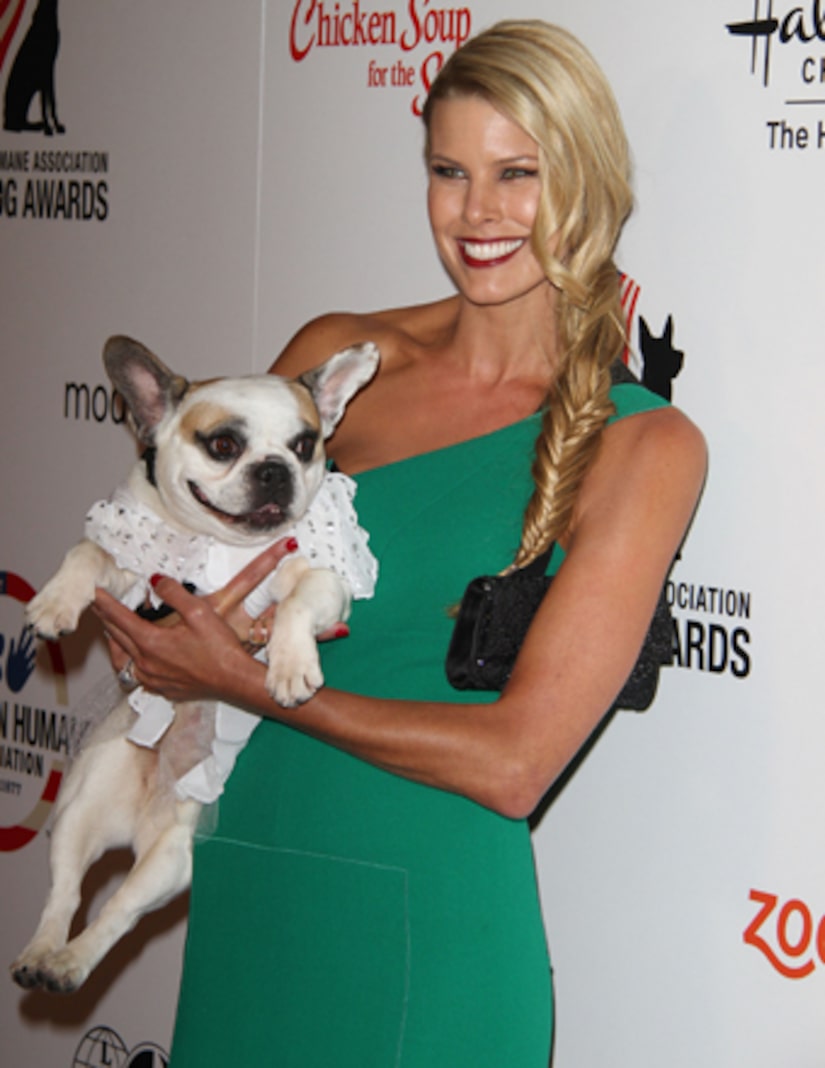 Other stars who came out to support the pups include Lisa Vanderpump, Lacey Chabert, Pauley Perrette and Lori Loughlin.

For more about these amazing dogs, watch the Hero Dog Awards on the Hallmark Channel on Oct. 30 at 8 PM!