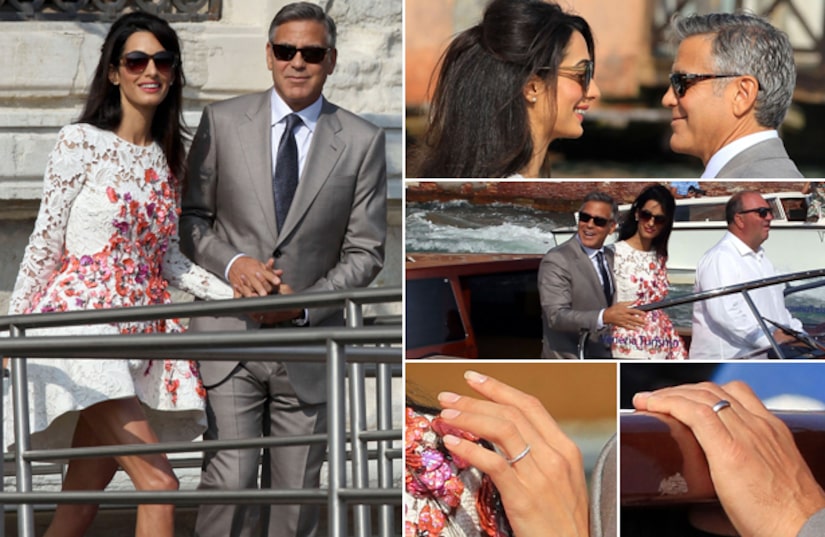 George Clooney and Amal Alamuddin sure make a cute couple!

The newlyweds stepped out for the first time as a married couple on Sunday, looking glam as usual.

Mr. and Mrs. Clooney were photographed holding hands as they left their wedding hotel, the Aman Canal Grande.

The couple, who left on a boat, also showed off their wedding rings. George's a plain band, and Amal's a diamond eternity band.

Clooney and Alamuddin said “I do” in front of about 60 family members and friends – like Matt Damon, Bono and Ellen Barkin – on Saturday. People reports that former Rome Mayor Walter Veltroni, an Italian writer, journalist and politician, conducted the ceremony.

Check out the gallery of the guests arriving to the big event!

Giorgio Armani announced last week that he would be dressing Clooney for the big day.

“Extra's” AJ Calloway was in Venice for all the wedding festivities, and he snapped a great pic of Clooney having breakfast with pal Cindy Crawford and Rande Gerber hours before the "I do's"! 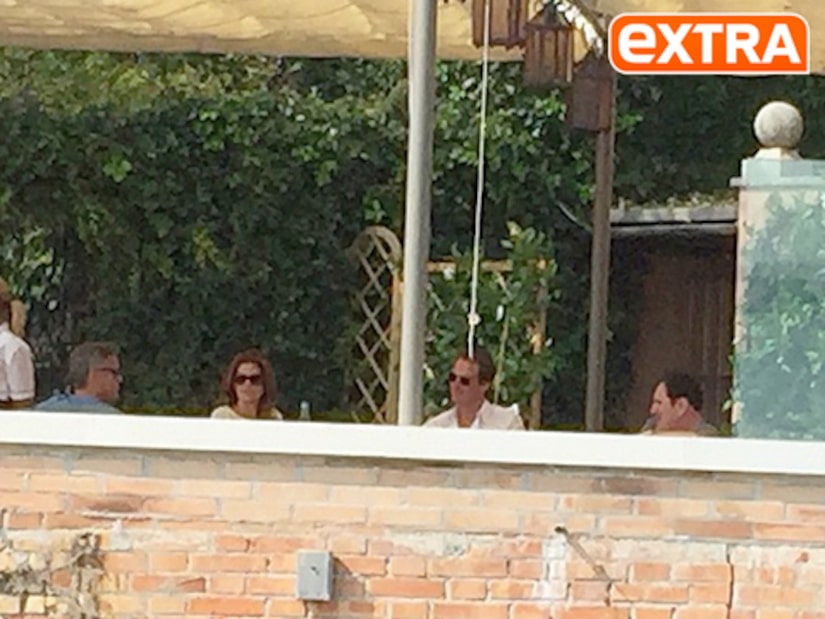 Calloway also had a brief encounter with Clooney and the actor gave him a bottle of his Casamigos tequila… check out the Instagram pic!

AJ shared the story in the caption, “So I spoke to George and he is in a great mood. Asked about his tequila and he was kind enough to give me a bottle, I in turn gave him one of my cigars. #AGreatExchange #CASAMIGOS #GeorgeClooney”