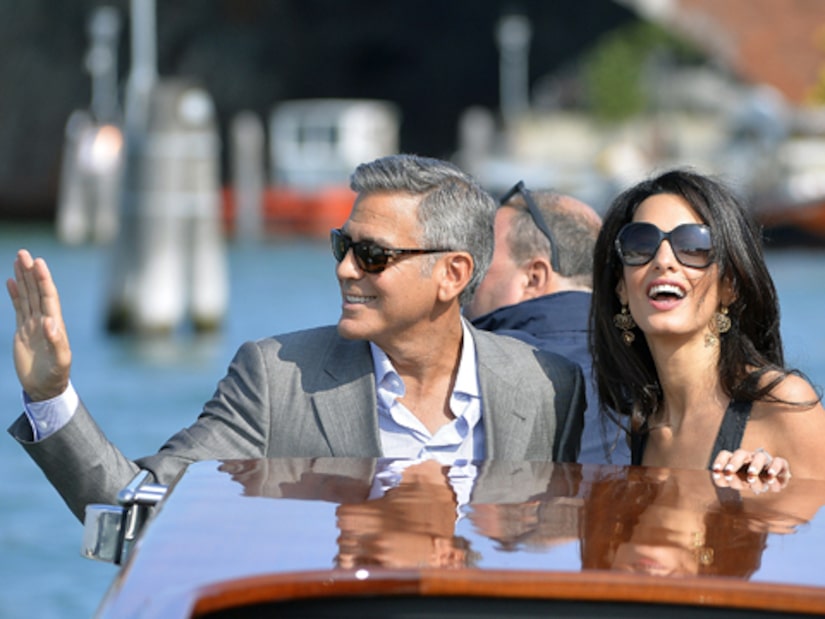 Hollywood's most eligible bachelor is officially off the market! George Clooney tied the not with Amal Alamuddin in an intimate wedding ceremony in Venice on Saturday.

Check out the gallery of the guests arriving to the big event!

The couple dined with guests including Matt Damon, Anna Wintour and Ellen Barkin on Friday night at the famous Cipriani restaurant, before saying “I do” in front of about 60 friends and family members at the Aman Canal Grande Venice hotel on Saturday.

There is still no word on who designed Amal's wedding dress, but the Sunday Morning Herald reports that Anna Wintour had a hand in dressing her bridesmaid and close friend Jennifer Robinson!

Australian designer Johanna Johnson told the paper about her "private and confidential" project, explaining, "It's been my great honor to have been requested by Vogue to work on the wedding of Mr George Clooney and his bride, Ms Amal Alamuddin, to dress Ms. Jennifer Robinson, best friend and confidante of the bride."

Robinson, a lawyer, wore a black dress with cap sleeves and an embellished neckline. 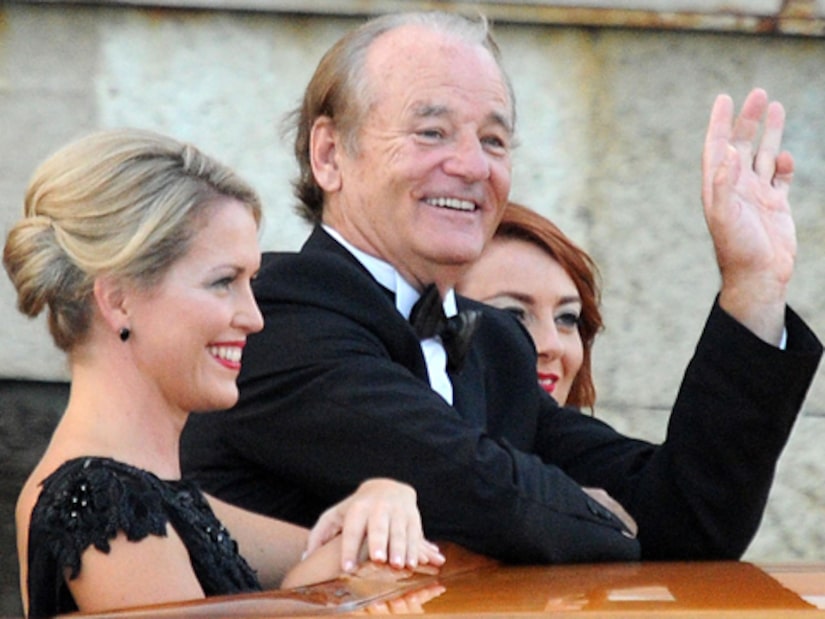 Giorgio Armani announced last week that he would be dressing Clooney for the big day.

“Extra's” AJ Calloway was also there to shoot an Instagram video of Clooney arriving on a boat.