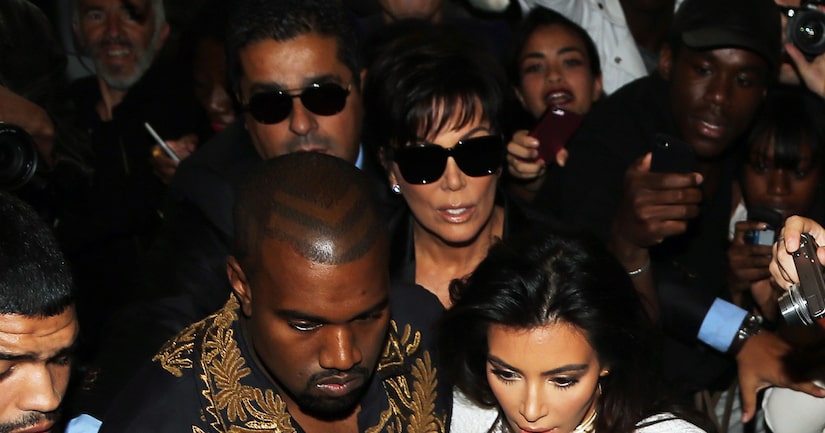 UPDATE: Vitalii Sediuk speaks about the incident, saying he hopes Kim Kardashian isn't mad at him.

TMZ has the X17Online video of the couple arriving to the Royal Monceau hotel for a Balmain fashion event.

You can see Kim as she gets out of the car in a sea of people. Suddenly, a man lunges at her legs, nearly bringing her down. Bodyguards were able to pull him off as Kim is escorted into the building.

TMZ reports the attacker, who is not entirely visible, may have been the notorious red carpet doofus Vitalii Sediuk, the Ukrainian prankster who has had similar run-ins with the likes of Leonardo DiCaprio, Brad Pitt and Bradley Cooper.

According to his rep, Sediuk is taking credit for lunging at Kim. He was not arrested.

Sediuk is famous for accosting various celebrities at events. He tried to get under America Ferrara's dress at the Cannes Film Festival in May, and he was arrested in June after attacking Pitt at the L.A. premiere of wife Angelina Jolie's film “Maleficent.”

Sediuk was subsequently banned from all L.A. events.