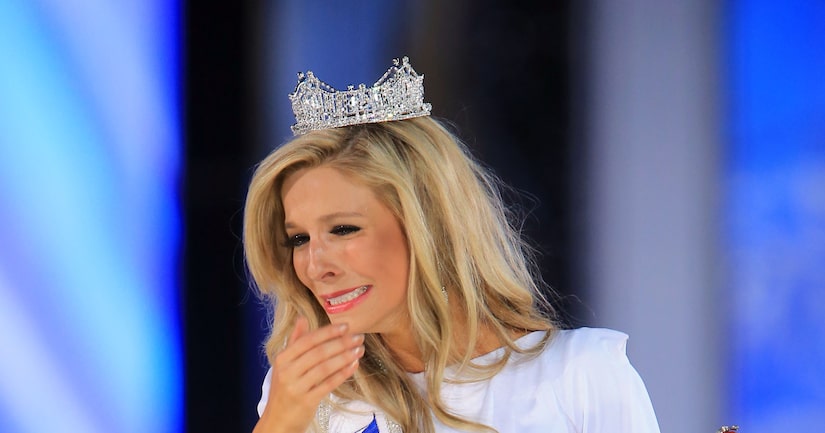 Newly crowned Miss America Kira Kazantsev explained why she was kicked our of her Long Island college sorority after an alleged hazing scandal.

Kazantsev admitted on "Good Morning America" Tuesday morning that she was asked to leave Hofstra University's Alpha Phi sorority last year, but said the hazing was “taken out of context.”

She said, “Under the broad definition of hazing, yes, I was involved. At the time, unfortunately, that was just the culture of the university, and I was hazed, and I was kind of brought up through the organization thinking that is appropriate behavior...”

The pageant queen, whose platform in the competition was anti-domestic abuse, said she sent an email to members of her sorority ahead of an event, and that it was misinterpreted.

She said, "In the email I made a joke -- that we would make the evening scary for the pledges -- and that was taken out of context and forwarded.”

As for hazing pledges in her sorority, Kira said they are generally asked to do "menial tasks… something like you would stand in a line and basically, like, recite information or a few sleepless nights crafting.”

A report on Monday, however, claimed that pledges were called names, criticized for their appearance and made to perform physically difficult tasks to the point of exhaustion.

The Miss American Organization told FOX411 that they were fully aware of Kazantsev's “termination from the Alpha Phi sorority,” and that they hope the media will move past it and focus on Kira's “impressive academic achievements at Hofstra University, including earning a triple major from the Honors College and her commitment to serving her community… promoting education and service and working to empower young women."