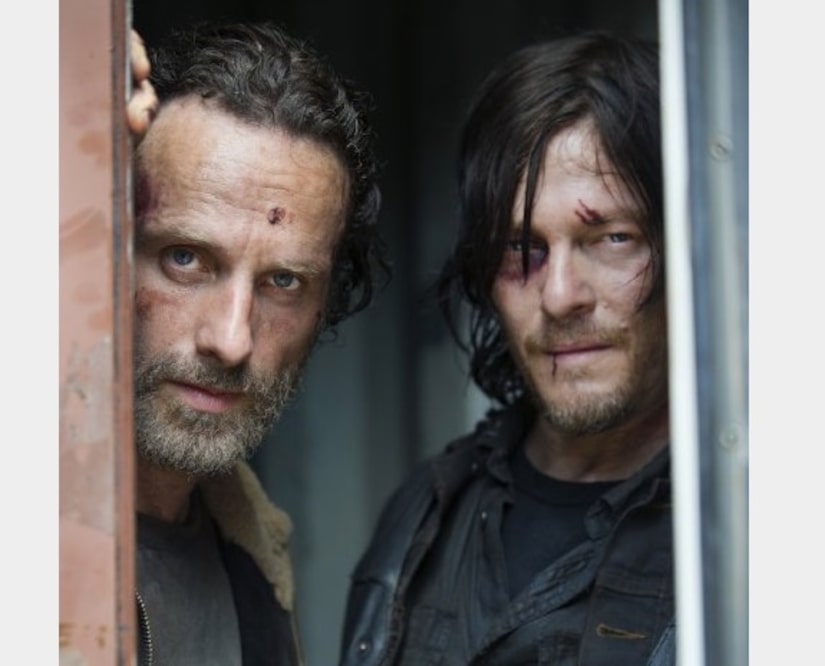 Season 5 of “The Walking Dead” premieres October 12… and we’ve got a few tidbits to share about what’s happening with the zombies this season.

“Extra” was with “The Walking Dead” special effects guru Greg Nicotero, along with “Dead” creator Robert Kirkman, at the 2014 Eyegore Awards.

Nicotero said, “Every day, they rot more and more. The writers do a great job of allowing the elements to play a part in the rotisserie chicken version of what our walkers are this season.”

As for what the humans will be doing in Season 5, we left off with Rick and the gang being “detained” by the unsettling denizens at Terminus. It looks like to get out of their sticky predicament by convincing the Terminus folks that trekking to Washington D.C. for a cure is the only option.

Take a look at the preview!

"The Walking Dead" Season 5 premieres on Sunday, October 12 on AMC!