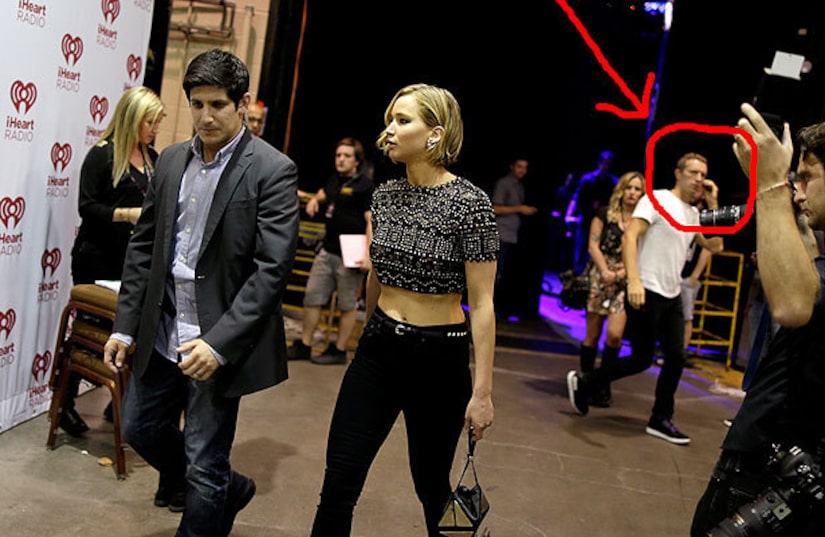 Coldplay performed Friday at the music fest in Las Vegas, and sources told People.com the “Hunger Games” star was there.

"She was off to the side of the stage when he performed," said an eyewitness, adding, "After his set, she snuck back into his dressing room.”

Rumors of their romance surfaced last month when the two were spotted together.

Martin and wife Gwyneth Paltrow announced their now infamous “conscious uncoupling” in March after 10 years of marriage. The exes remain on good terms, and were still living together in June.