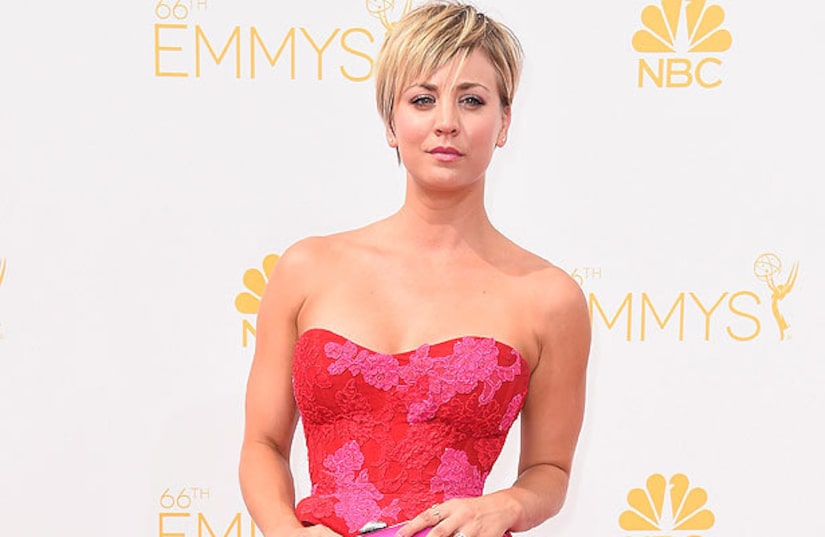 “The Big Bang Theory” star Kaley Cuoco-Sweeting, who was one of the recent victims in a massive nude photo hacking scandal, has a way to make sure she stays informed if any alleged nude photos of her pop up.

While on “Jimmy Kimmel Live!” the TV star, who called the recent breach of privacy "disturbing,” said, "I totally have Google alerts that come to my phone so anything that my name pops up [in] comes to my phone because I'm, like, obsessed. I need to know what's going on… every day there's like 30 'Kaley Cuoco nude photos' [alerts]. It's been going on for years."

She continued, "So then this one came up and I was like, 'Oh, it's another fake one.' Then I started getting emails like, 'No, there are some real ones going around.'"

Kaley, 28, said she made sure to immediately email to her family, explaining what was happening and adding that she wasn't pregnant or getting divorced.

Then she made a joke about it, posting a funny photo of herself and husband Ryan Sweeting on Instagram.

"It was just a really bad situation, but I took it in my own hands and make a joke about it, because what are you gonna do?" she told Kimmel. "You gotta make fun of yourself."