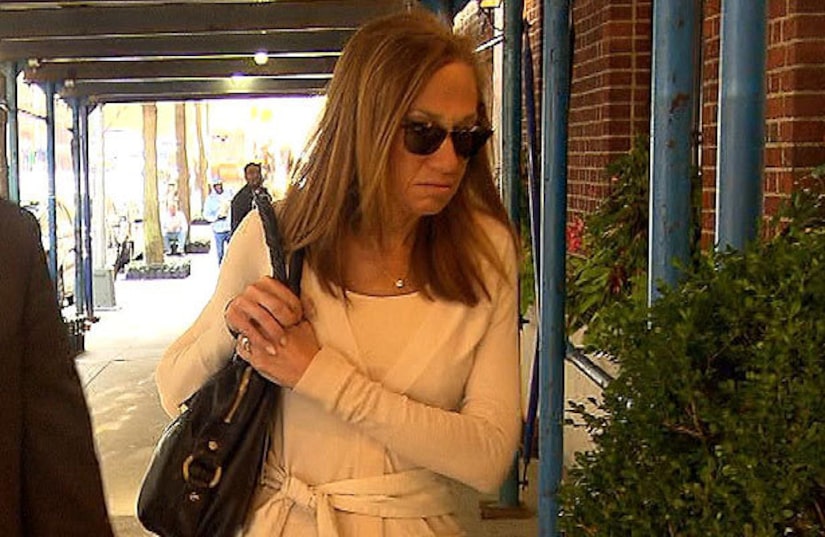 Dr. Gwen Korovin, the ear, nose and throat specialist who was reportedly present when Joan Rivers’ throat procedure went horribly wrong, refused to talk as she arrived to her office in NYC on Thursday.

“Extra” was there when the physician was asked if she was the one who took a selfie moments before allegedly performing a biopsy on Joan’s vocal cords. A colleague with her tried to block the cameras.

On Wednesday, multiple sources told TMZ that Korovin was indeed the doc in the room at the Yorkville Endoscopy clinic. RadarOnline.com also reports it was Korovin and that medical investigators are looking into it.

The CNN report about the selfie, however, did not identify the physician as Korovin.

“Extra” reached out to Dr. Korovin's office and were told they “are not commenting at this time.”

Korovin has a Hollywood A-list patient list, including Celine Dion, Lady Gaga, Hugh Jackman and John Mayer. Her Facebook page has a photo of the physician in her office with pics of celeb patients lining the walls.

The doctor was also featured on a “CBS Sunday Morning” segment regarding Mayer’s vocal cord issues in 2013.

Korovin has been called Broadway's vocal hero for being able to accommodate her famous patients and treat them on-site, especially when they are performing.