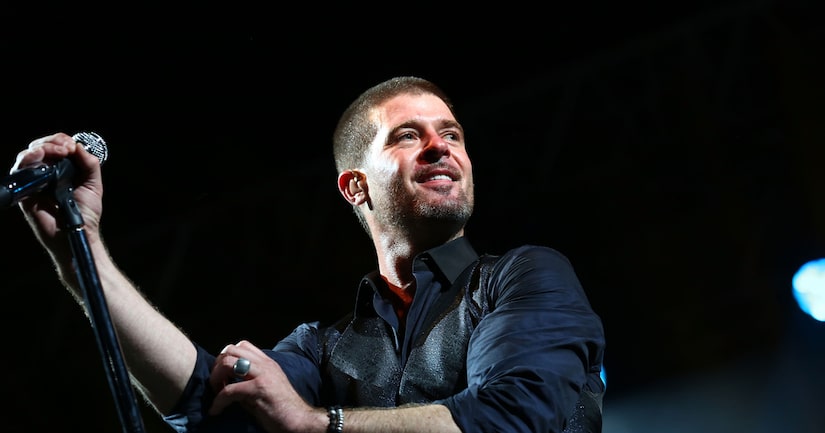 UPDATE: Attorney Howard King, managing partner of King, Holmes, Paterno & Berliner, released a statement on behalf of Robin Thicke: "Robin's moment of personal vulnerability is being exploited in the hope of diverting attention from the obvious weakness of their legal claim."

The testimony, obtained by "Extra" on Monday, is from an ongoing lawsuit between Thicke, producer Pharrell Williams and song co-writer Clifford "T.I." Harris Jr. and the children of Marvin Gaye, who believe “Blurred Lines” is an unauthorized ripoff of their father's 1977 classic, "Got to Give It Up."

In the documents, Thicke was forced to explain his many statements to the media about how Gaye has inspired him and how he and Williams wrote the song together.

Under oath, Thicke admitted, "To be honest, that's the only part where -- I was high on Vicodin and alcohol when I showed up at the studio. So my recollection is when we made the song, I thought I wanted… to be more involved than I actually was by the time, nine months later, it became a huge hit and I wanted credit. So I started kind of convincing myself that I was a little more part of it than I was and I -- because I didn't want him -- I wanted some credit for this big hit. But the reality is, is that Pharrell had the beat and he wrote almost every single part of the song."

Thicke added that because of his “drug and alcohol problem” he didn't really remember what he told the press about the song's history because he "didn't do a sober interview."

In fact, when he appeared on Oprah Winfrey's “Next Chapter” show with his young son, he said he was drunk and taking Norco -- "which is like two Vicodin in one pill.” He said he has now given up Vicodin but not alcohol.

The singer also said he is not an honest person. When asked that question, Thicke replied, “No. That's why I'm separated" and then later said he did not pick and choose when to tell the truth. "I told my wife the truth. That's why she left me."

The trial date for the copyright lawsuit is currently scheduled for February 10, 2015.