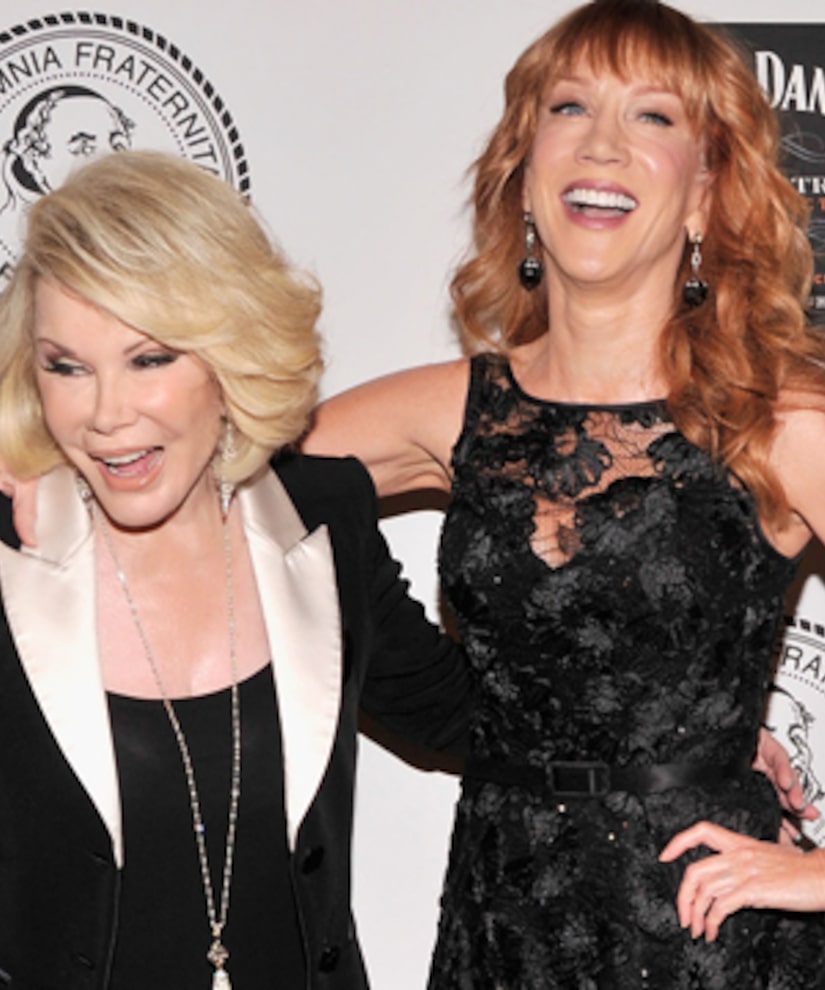 Kathy Griffin isn't too happy about accusations she tried to take Joan Rivers' job while the comedian was in a coma.

New York Post writer Cindy Adams claimed that a comedian was pushing for Joan's job on “Fashion Police” while Rivers was in the hospital. Fellow Post writer Richard Johnson followed up by claiming that it was Griffin.

Kathy addressed the rumors head-on in a new interview with Larry King. Watch!

When King asked about the claims, Griffin answered, “It's disgusting. It's not true. I know that stuff shouldn't even bother me at this stage in my career. I thought I'd heard it all, but that one hurts because it's as far from the truth as you can get. I would never take Joan's job. Joan and I had a different style. She absolutely was my mentor for sure, but no.”

Griffin said she saw Adams at Joan's funeral and shiva, and wishes the columnist had asked her about the rumors in person. “I would have cleared it up right then and there.”

Kathy added that the most important thing was that Joan's daughter Melissa didn't believe the gossip.