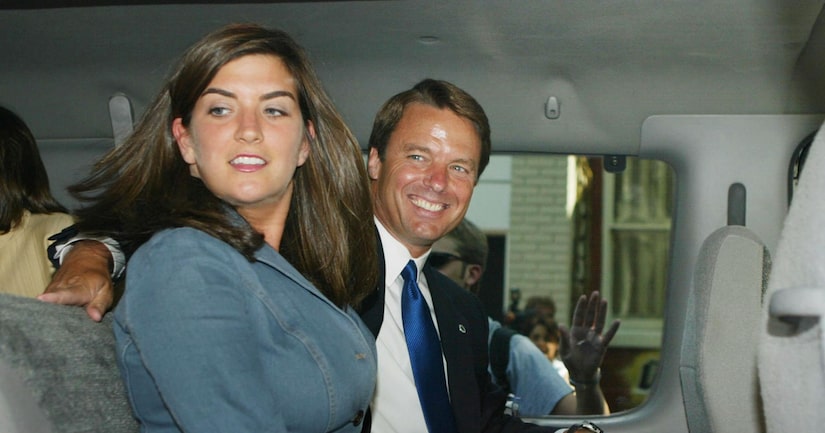 Cate spoke about her relationship with her father following a cheating scandal that rocked their family while her mother, Elizabeth Edwards, was suffering from breast cancer. She died in 2010.

The lawyer said she and her father are in a good place now. “My dad and I are really close and actually practicing law together and we're really moving forward.” Her mother was also an attorney.

As for how they got to that point, Cate explained, “Just a lot of love between us and a lot of time and effort. We've been through a lot together.” Cate added she doesn’t really have a relationship with John’s former mistress Rielle Hunter, or half-sister Quinn, but said, “I do know Quinn… she’s a sweet little girl.”

Asked what the chances are that John will run for office again, Cate replied, “I don’t think they’re high.”

The 32-year-old is not only working as a lawyer specializing in civil rights, she is also very active with “Count Us, Know Us, Join Us,” a support organization for Women Living with Advanced Breast Cancer.

Cate said, “You can go to the website and get counted as a supporter, caregiver, family member or patient at AdvancedBreastCancerCommunity.org. You can get counted, show your support. It's a place where anybody who's been touched by advanced breast cancer can go and find resources, advocacy groups, support groups, medical information. It's a great community.”