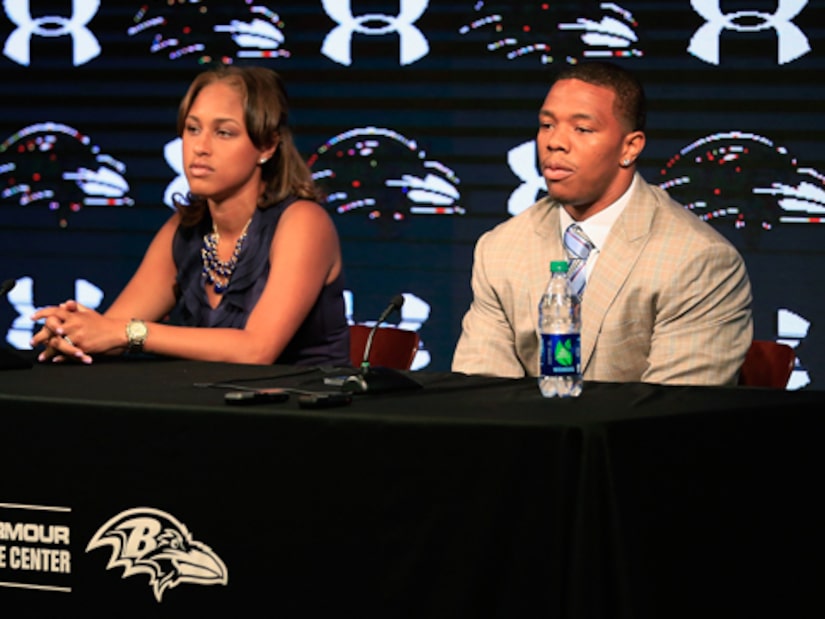 Disgraced NFL player Ray Rice defended wife Janay Palmer's rant against the media after a video was released this week showing Janay being punched by Rice in a hotel elevator.

The fallout has been substantial, which included the football player being cut from the Baltimore Ravens.

Janay posted an Instagram statement on Tuesday, saying that the media maelstrom has been a “nightmare,” adding, “To take something away from the man I love that he has worked his [butt] off for all his life just to gain ratings is a horrific. THIS IS OUR LIFE!”

CNN's Rachel Nichols reached out to Rice for his reaction, and he texted this response: “I'm just holding strong for my wife and kid, that's all I can do right now.”

The news story has inspired a new Twitter campaign. Survivors are telling their own stories using the hashtags #WhyIStayed and #WhyILeft. The campaign lets victims know they are not alone, while offering inspiration to get out of abusive relationships.