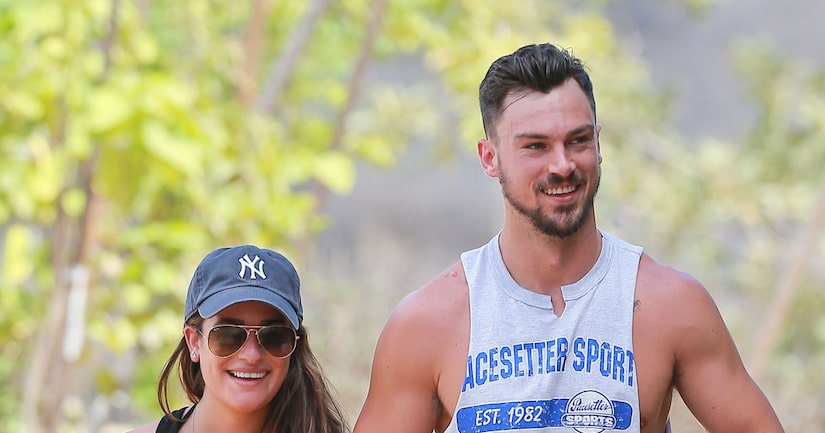 Things between Lea Michele and boyfriend Matthew Paetz are indeed heating up!

A source confirmed to E! News that the “Glee” star and her hunky boyfriend are living together.

Another insider said, "It just made sense for them to move in because they spend so much time with one another. He treats her like a queen."

The cute couple began dating earlier this summer after he appeared in her music video for "On My Way."

Paetz, a lifestyle coach and sometime model, is the first guy Michele has publicly dated since Monteith's death in July 2013.