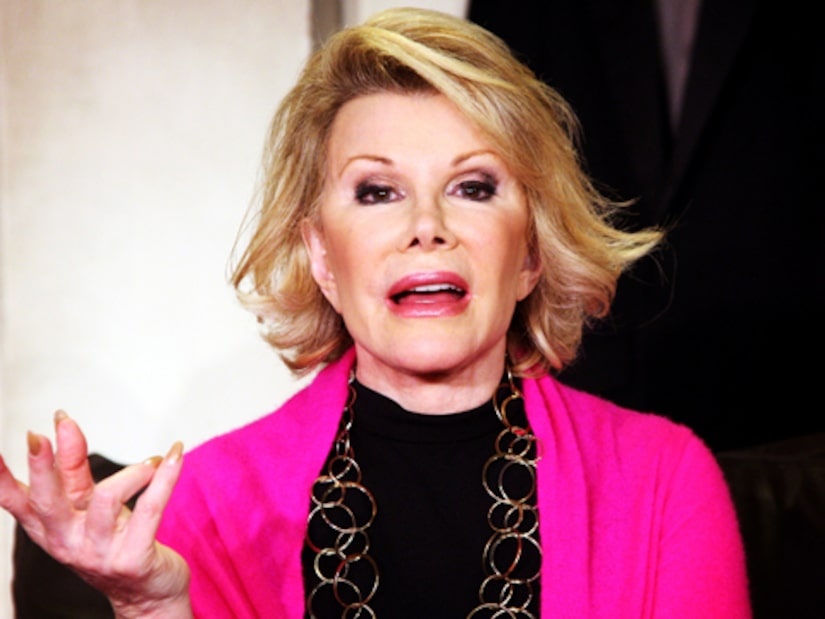 UPDATE: A Yorkville Endoscopy spokesperson told "Extra" in a statement that "a biopsy of the vocal cords has never been performed" at the clinic, adding that "general anesthesia has never been administered" there either. Some early reports indicated that anesthesia may have played a role in her death.

What caused Joan Rivers' routine surgical procedure to go terribly wrong? An unnamed medical source tells the New York Daily News that an unplanned biopsy could be to blame.

According to the anonymous insider, who was briefed on the case, a doctor who accompanied Joan to the Yorkville Endoscopy Clinic reportedly performed an unplanned biopsy on her vocal cords.

The source said the biopsy caused Joan's vocal cords to seize, cutting off her air supply. “A biopsy like that should only be done in a hospital setting,” the insider added. “If she had been in a hospital when it happened, she might have been okay.”

After the Aug. 28 procedure, Joan was in a coma and on life support until she passed away on Sept. 4.