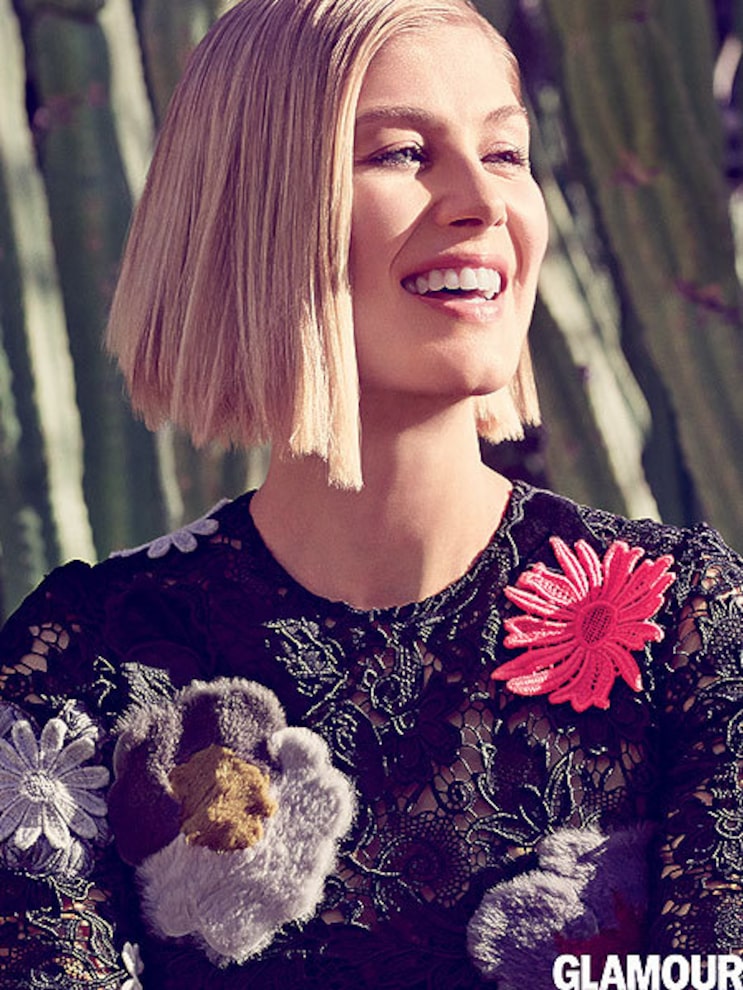 Actress Rosamund Pike is the cover girl for the October issue of Glamour magazine, and she sat down to talk about the film with “Gone Girl” author Gillian Flynn, who also wrote the screenplay for the David Fincher-directed adaptation.

Pike said playing the character of Amy Dunne was challenging. “There were definitely moments when I felt very uneasy with how much power Amy had. And the interesting thing is, my reaction was to laugh, to get sort of uncontrollable giggles. That was the most curious part of playing her: At the point where she's at her most powerful, it unnerved something in me.”

Check the Top 10 Fall Movies We Are Most Excited About!

As for working with “Girl” co-stars Ben Affleck and Neil Patrick Harris, the actress explained, “Ben and I would have these scenes that were very giggly and sort of romantic. And then we'd go to this very dark place. I tried to get us out of that. Neil [Patrick Harris, who plays Amy's obsessed ex Desi] was incredible at that. We were in hysterics in the editing room. It was very funny doing [rehearsals for our sex] scene. David left Neil and me alone on that set for like two hours to make sure we could do it. But when it's just two of you, basically kind of f--king on a bed, it feels so inappropriate.”

Pike and boyfriend Robie Uniacke have a 2-year-old son named Solo and are expecting her second child at the end of November. Rosamund dished about shooting a magazine cover while four months pregnant. “A lot of girls who are high-profile in Hollywood -- they've been doing cover stories for big magazines since they were in their early 20s. And I haven't. I feel quite nervous about it… and having to do cover shoots while pregnant! You're like, 'Well, I'm pregnant. So, you know, I haven't really got a waist anymore.' I don't enjoy the pregnancy bit of having big boobs, really.”

Read more of Pike's interview at Glamour.com and check out the October issue, on newsstands September 16.