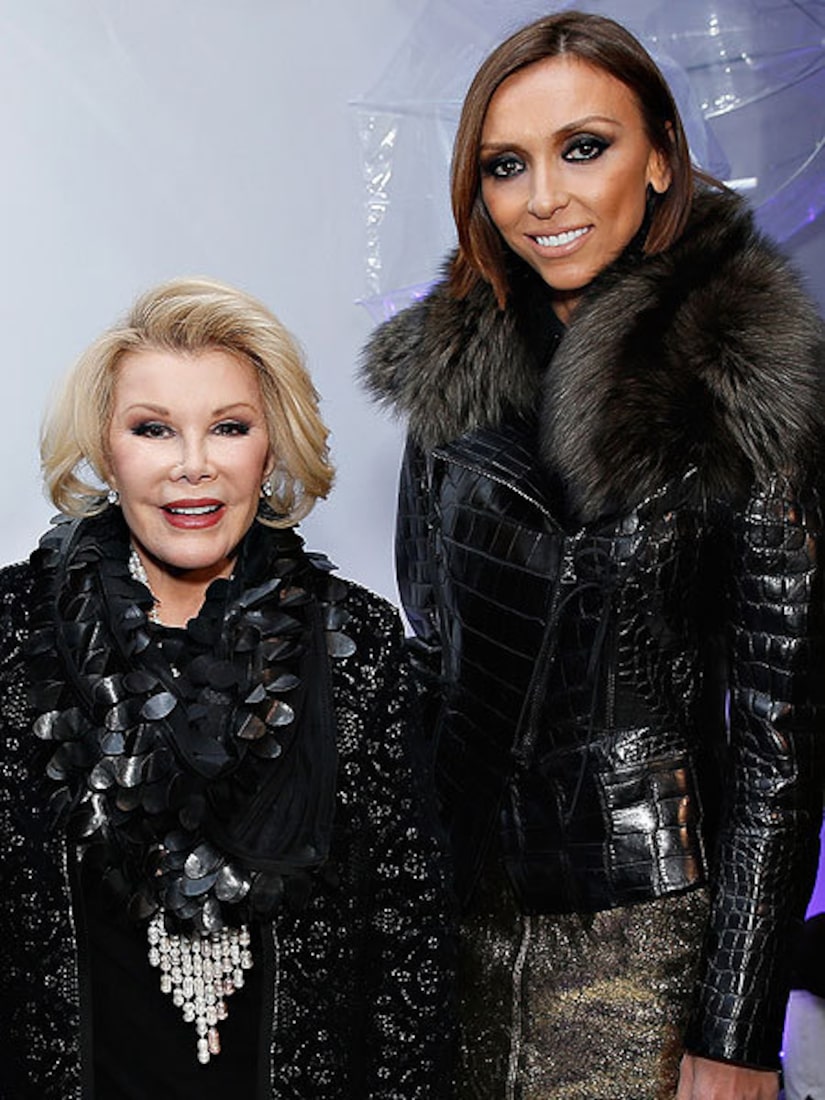 “Extra” was with Giuliana Rancic on Monday at the HSN Fashion Week suite, where she was promoting her fall collection, and the TV personality reflected on her good friend and “Fashion Police” cohort, Joan Rivers.

Rancic said, “Joan was like a family member… I’ve known Joan for 13 years. I worked alongside her for that long, so obviously this has been a really tough time and our hearts are broken. Everyone who has worked with Joan was moved by her in some incredible way and she really is an amazing woman.”

Giuliana recalled the last time they worked together. “At our last special, “The Emmy Fashion Police Special,” she was just cracking us up and telling us the funniest stories. She was telling us a joke that she had heard in Toronto that was making her laugh so hard that she couldn’t even tell us the joke. We’re like, ‘Joan, what is the punch line?’ She was just in such great spirits.”

The E! host will always remember Rivers as a source of hope in a really dark time. “When I was diagnosed with breast cancer, everyone felt so sorry and was sending their condolences, which is great. Joan was really the first one who took me by the arms and shook me a little bit and said, ‘You’re going to be fine,’ and she was the first one I actually believed.”

As for Rivers’ funeral, Rancic said the service was beautiful. “I think it was exactly as she would have wanted it to be and there were lots of laughs, lots of tears, really nice.”

She also said that Joan’s daughter Melissa has been incredible. “She’s a rock… She is there to help everyone kind of stand up and move forward and just be strong, and I think she does that. She got that from her mom, that’s what her mom would want her to do, Joan would want everyone to move forward.”

Giuliana continued, “[Joan] would say, ‘Okay, you guys are sad, you mourned me, now get on with your lives, move forward and get back to work!’ That’s how she would be because she had the most incredible work ethic of anyone I’ve seen in my life.”