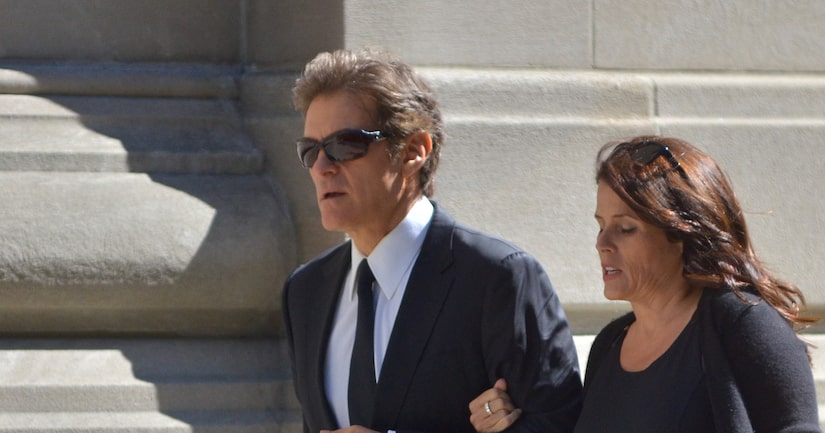 “Extra’s” Jerry Penacoli was in NYC at the Hollywood A-list send-off for Joan Rivers, where he spoke to attendees Dr. Mehmet Oz, Deborah Norville and Geraldo Rivera.

Dr. Oz revealed Joan had a fear of anesthesia and that she was supposed to be on his show the day she died. “She was always able to take really uncomfortable themes and make them come to life… I’m reminded of a comment she made, very prescient the last time she was on [his show]. I was giving her a hard time about plastic surgery and she said, ‘I’m not worried about surgery, I’m worried about the anesthesia.’”

He continued, “It’s a terrible tragedy. This woman was on top of her game. People [attending the funeral], like me, grew up watching her, then had the honor of working with her later in my life. There were also the people who’d been with her for her entire career. She didn’t lose friends, she just made friends.”

A friend of Rivers for 25 years, Deborah Norville spoke candidly about saying goodbye to Joan at the hospital. “I saw her the day before she died… Melissa was very, very generous, allowing Joan’s close friends to come and say goodbye, so I got to hold her hand. We got to talk about some of the stories, and my husband was with me. That was a gift. Melissa didn’t have to do that. She’s been absolutely phenomenal in all of this.”

Norville also spoke at the service and said writing her speech was the hardest thing she has ever done.

Geraldo Rivera called the service, “Joyful rather than sorrow-filled.” He said Howard Stern and Cindy Adams’ tributes were fantastic.

Rivera explained, “Everybody kept looking back at the rabbi as if asking permission to tell the blue jokes and the rabbi kind of buried his head.” Geraldo added, “You know everybody is sad with Joan’s passing. I’ve known her for over 30 years. We were in the talk show business together. We just did ‘The Apprentice’ together. She was wonderful, ebullient, vivacious, filled with life, one in a million. She made fun of everybody including herself… this ceremony was exactly as she envisioned it. It could have been on Comedy Central.”