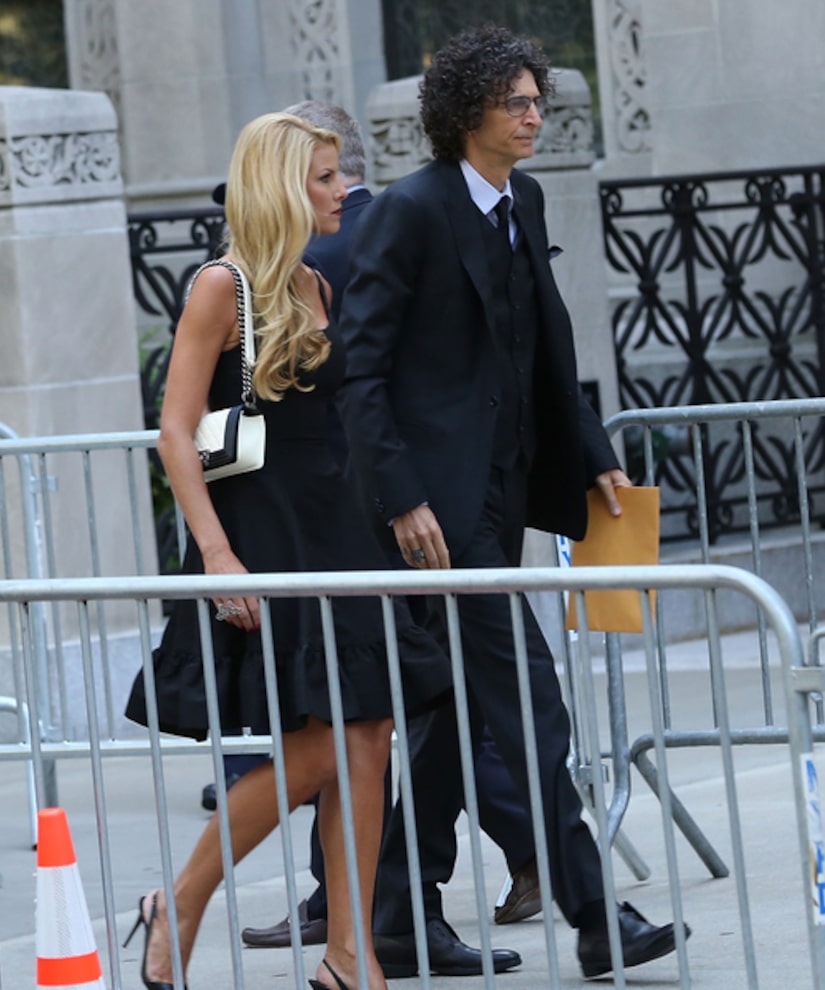 The star-studded funeral for comedy great Joan Rivers, who died last Thursday at age 81, was filled with much laughter… and some tears.

According to People.com, Stern gave a funny but emotional speech, calling Rivers "the best friend in the world... a big sister... a crazy aunt at a bar mitzvah."

Stern added, "She fought the stereotype that women couldn't be funny… and she was responsible for putting the red carpet into prime time."

Joan's only daughter, Melissa Rivers, told the crowd she was “humbled” by all the outpouring of love and support. She then proceeded to read a hilarious letter she once wrote to her mother, which brought down the house. She closed her speech with, "I am grateful for every day [Melissa's son] Cooper and I have with you… You are an inspiration."

People reports Jackson then performed the Peter Allen song, "Quiet Please, There's a Lady on Stage," which contains the line, repeated several times, "Put your hands together,” which the audience did happily.

It looks like Rivers got some of her funeral wishes after all.