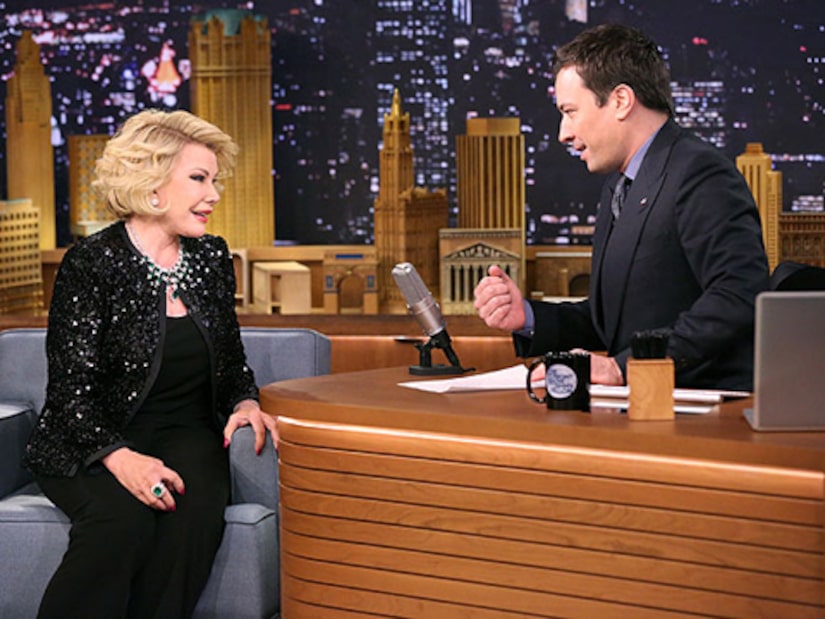 Joan Rivers was a pioneer for women in late-night television, filling in as a guest-host for her mentor Johnny Carson on the “Tonight Show,” and later landing her own “Late Show” on FOX.

On Thursday, hosts paid tribute to Joan, sharing stories and clips of the sharp-tongued comedian.

Here is what they had to say:

David Letterman remembered Joan as “a real pioneer for other women looking for careers in stand-up comedy. And talk about guts — she would come out here and sit in this chair and say some things that were unbelievable, just where you would have to swallow pretty hard … but it was hilarious … the force of her comedy was overpowering."

Jimmy Fallon got choked up talking about the night Joan returned to the “Tonight Show” for his premiere episode… after a nearly 30-year ban!

"It was really emotional and really nice. I don't want to show a clip because I don't think it will do her justice… we loved her. We will definitely miss her."

After Fallon's premiere, Joan came back for a laugh out loud sit down interview. Watch.

Jimmy Kimmel praised her comedic talents and shared a clip of Joan explaining how she prayed her grandson would be gay so he would be impressed that she knew Judy Garland.

Conan O'Brien recalled watching Rivers guest-host the “Tonight Show” for Johnny Carson. "When she did, it was an event. Everybody in the country would talk about it the next day. People would gather in the living room. Everyone would howl with laughter. ... At that time she was so outrageous and her comedy — it felt so out of the bounds, and people were just blown away."