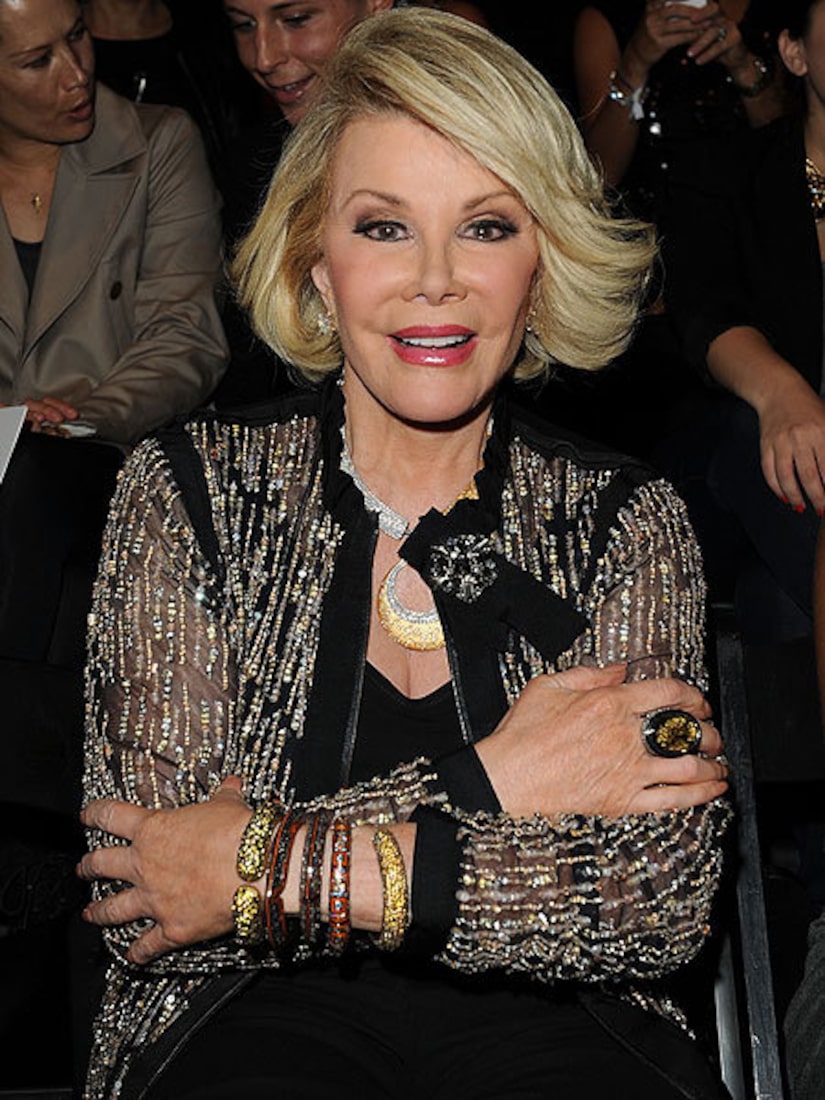 Although Joan Rivers is “resting comfortably” in a private room at Mount Sinai Hospital, a week after a throat procedure went horribly wrong, tough decisions need to be made about what to do next.

Sources told the NY Daily News on Thursday that Joan's daughter Melissa Rivers may take her 81-year-old mother off of life support this weekend to see how the comedy great progresses on her own.

The elder Rivers was being brought out of a medically induced coma on Sunday, but Melissa said in a statement on Tuesday that her mother was still on life support.

Longtime friend Cindy Adams told the Daily News that Joan was upgraded to a larger suite that was "decorated by celebrity wedding planner Preston Bailey with flowers, bows, plants.”

Adams added that the legendary entertainer has a white faux mink blanket with her and the soundtrack to “Oklahoma!” playing in the room.

Rivers is also having her hair and makeup done, and her dogs are being allowed to visit.

A spokesperson for the department said on Thursday they are looking into “the whole matter,” but declined to discuss specifics.