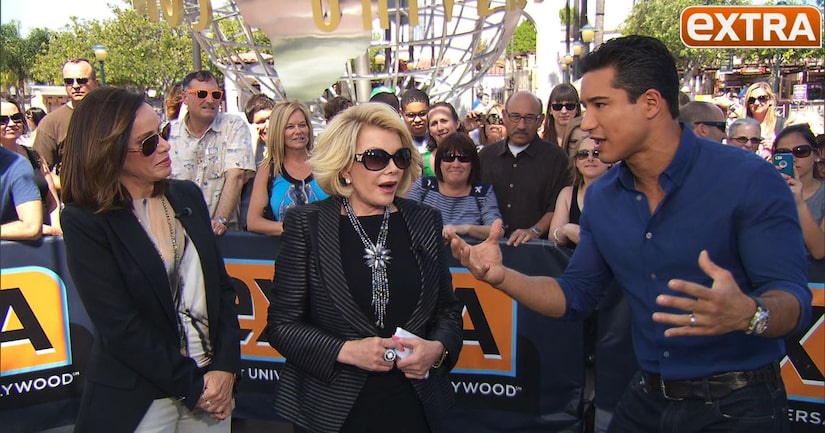 Comedy great Joan Rivers always brought the laughs when she appeared on “Extra,” as evident in her last two interviews with us.

In April, Rivers and daughter Melissa joined Mario Lopez at Universal Studios Hollywood to talk about the return of their WeTV reality show “Joan & Melissa: Joan Knows Best?” Watch how Joan quips about what her best quality is!

Then in May, we caught up with the Rivers at Bravo upfronts in NYC, where Joan joked about the Solange Knowles and Jay Z elevator fight… a must-see!