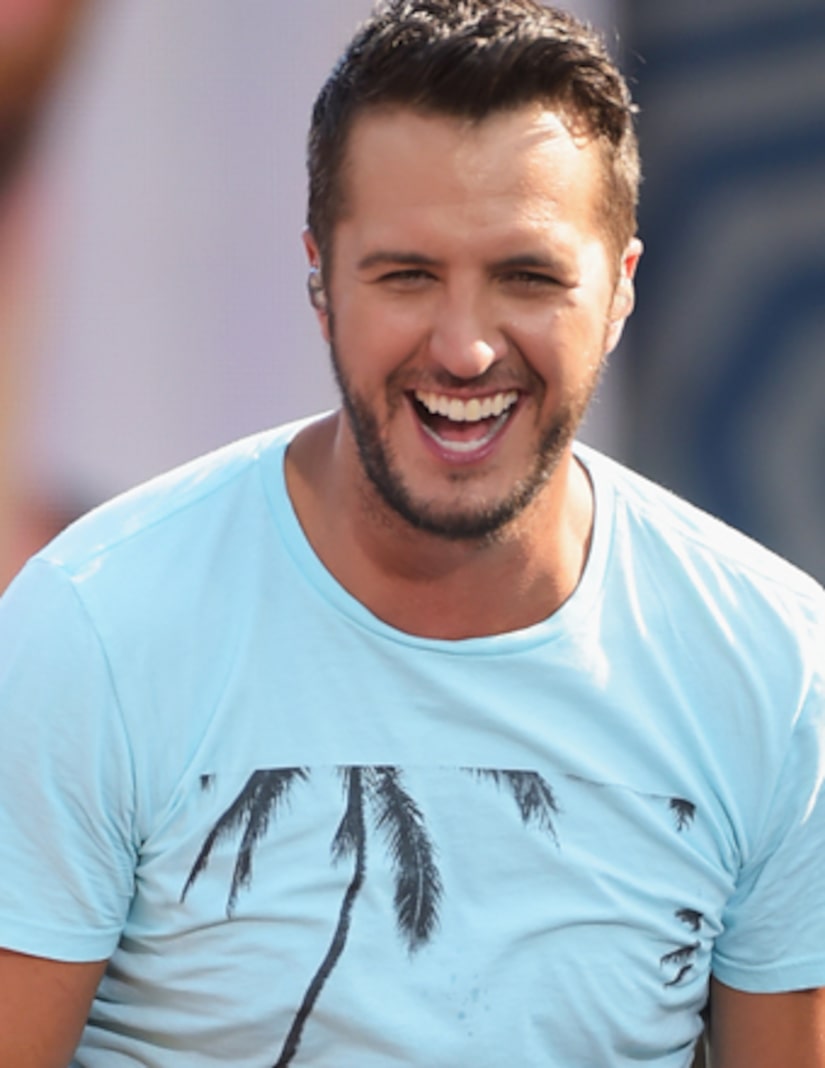 The sexy singer was performing “Suntan City” in Indianapolis on Aug. 30 when someone on the stage threw a ball to him. As he stepped back to catch it, he backed off the stage -- falling into a gaggle of mostly female fans.

The women screamed, but after a second, Bryan popped up with a huge grin on his face. The crew helped him back up, and Luke kept right on singing. Watch!

This is the second time the country singer has tumbled into a crowd. In May, the 38-year-old fell into the audience at a Charlotte, North Carolina show.

After the accident, Bryan explained to "Extra" what happened, “Every show this year we've had the fans right up on the stage, and in this particular show there was a guard rail. They were not as close as normal, and I just stepped off of it.” Luke showed us where he got stitches in his leg, and said he was not drunk at the time, jokingly adding, “Strangely.” Watch!

Before the falling incidents, Bryan fell on his back at a show in February!