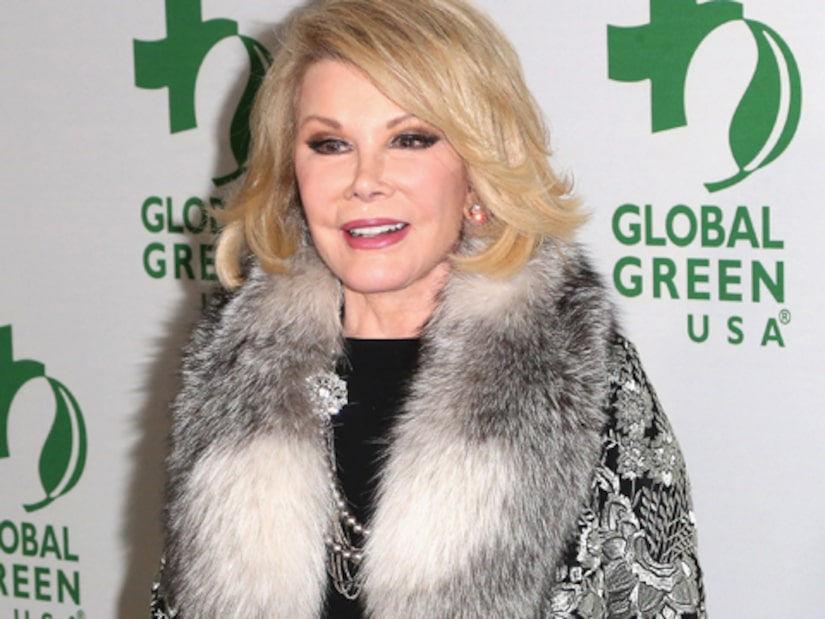 A new report from TMZ claims that Joan Rivers is on life support.

Sources tell the site that the comedian's family remains hopeful that she will recover.

Joan, 81, was undergoing a procedure on her vocal cords at the Yorkville Endoscopy clinic when she reportedly stopped breathing shortly before 10 AM on Thursday. The “Fashion Police” star was rushed to Mount Sinai hospital in NYC in critical condition.

Earlier, New York Daily News said she was in a medically induced coma, and that doctors will bring her out of it this weekend to further evaluate her condition.

Rivers' daughter Melissa released a statement on Friday, saying, “My mother would be so touched by the tributes and prayers that we have received from around the world. Her condition remains serious but she is receiving the best treatment and care possible. We ask that you continue to keep her in your thoughts as we pray for her recovery.”