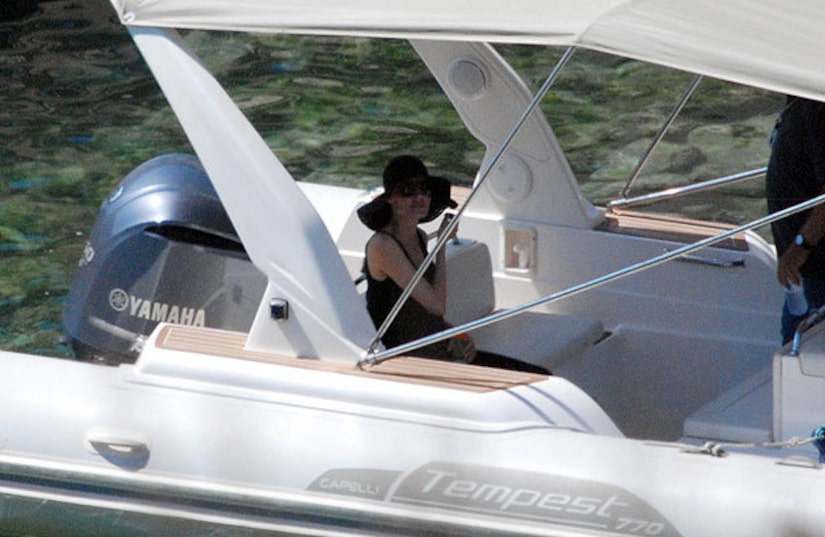 Hollywood hot couple Angelina Jolie and Brad Pitt pulled a fast one when they secretly married in a small, private ceremony in France last Saturday.

NEWS: How Brad Honored Angelina's Late Mother at the Wedding

Pitt made an appearance earlier this week in the UK, posing for a photo shoot for his upcoming WWII drama “Fury.” On Friday, Angelina was spotted on a boat in Malta as she prepared for a scene for her film “By the Sea,” which also co-stars her new husband.

While everyone in the world is happily chatting about the wedding news, the A-list actress instead made a statement about the tragedies still occurring in Syria.

In a statement released on Friday, the UNHCR Special Envoy said, "Three million refugees is not just another statistic," referring to the number of displaced people who have fled Syria as a result of the civil war. "It is a searing indictment of our collective failure to end the war in Syria."

She continued, "International stability is steadily bleeding away in Syria. UN Security Council Resolutions are being ignored; war crimes are being committed on a daily basis; regional countries are staggering under the human burden; and Syrian refugees are dying in the Mediterranean sea, trying to reach Europe.

"We need to see a new attempt to resolve the conflict and greater efforts to support more than 13 million Syrians who are in desperate need. The reputation and credibility of the international system is at stake with so many thousands of lives threatened in Syria."