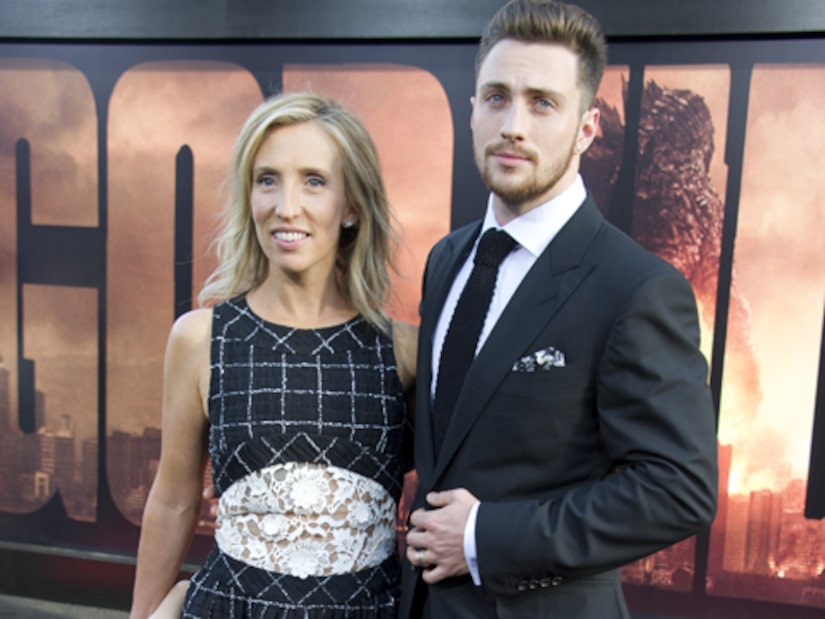 The Telegraph reports that a neighbor was passing by the house in London and spotted a machine gun through the window, and called police.

The gun turned out to be a deactivated M16 assault rifle that the filmmaker had obtained as part of an art project.

A spokeswoman for the couple told the Guardian, "We can confirm that early this morning police were called to the London home of Mr. and Mrs. Taylor-Johnson following a report of a firearm on the premises by a concerned passerby. The family were not present in the property at the time but the police gained entry via a key holder.”

The statement continued, “The firearm was located in Sam Taylor-Johnson's basement studio and has been confirmed as a certified and fully decommissioned M16 assault rifle that was provided to Mrs Taylor-Johnson by the international charity Peace One Day as part of an art project entitled 'Peace One Day M16'. The project, curated by Jake Chapman, consists of new works by some of the most celebrated names in contemporary art all of whom are transforming fully decommissioned M16 assault rifles."