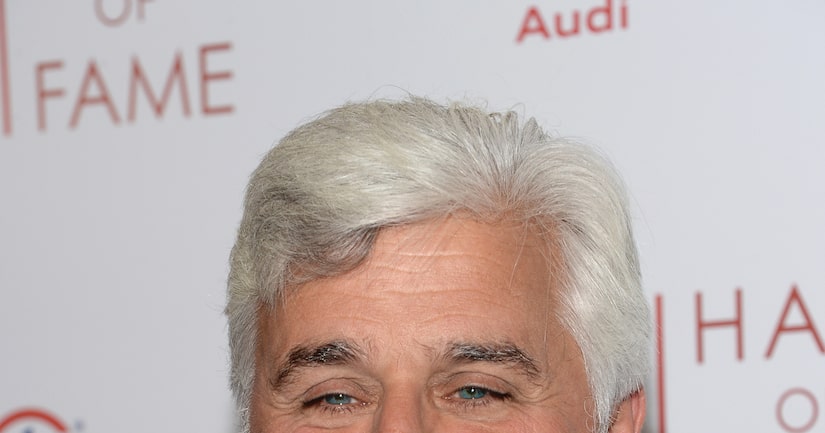 In “Jay Leno’s Garage: The Ultimate Car Week,” which airs this Sunday on CNBC, the comedian explained, “We went to Pebble Beach. Pebble Beach is the Super Bowl for cars... we got a little bit of the financial side of it…  are cars good investments? Then showed some of the old cars had some fun with the cars, showed some new things being introduced. It was a lot of fun, I’m excited about it.”

As for "The Tonight Show," Leno gave a big thumbs up to his successor Jimmy Fallon. “I got out at the exactly the right time. I'm real proud of Jimmy. He's doing a great job and that’s the key. Everyone’s who left ‘The Tonight Show’ left when it was number one. And every host brings their own thing. He's taking it into the viral age and uses all the social media, and I think it's very clever what he does.”

When asked if he would make a return to TV full time, Leno said, “Let’s hope not… I’m on TV now. I do some stuff on Jimmy’s show, did a ‘Last Comic Standing’ thing the other day. I like what I’m doing now, it’s fun to do. I like to use Johnny [Carson]’s model… when Johnny stepped down from the ‘Tonight Show,’ he still did things on TV.”

Now, Jay is enjoying being on the road. “The fun thing about it is I can go back to being a comedian full time, when I was on the road before I would always have to run home and write 14 minutes for the next night so you really didn’t get a chance to enjoy the road.”

Jay also remembered his friend and fellow comic Robin Williams. “He was a good friend. The rest of the world lost a great comedian, I lost a friend and that's really the toughest part.”