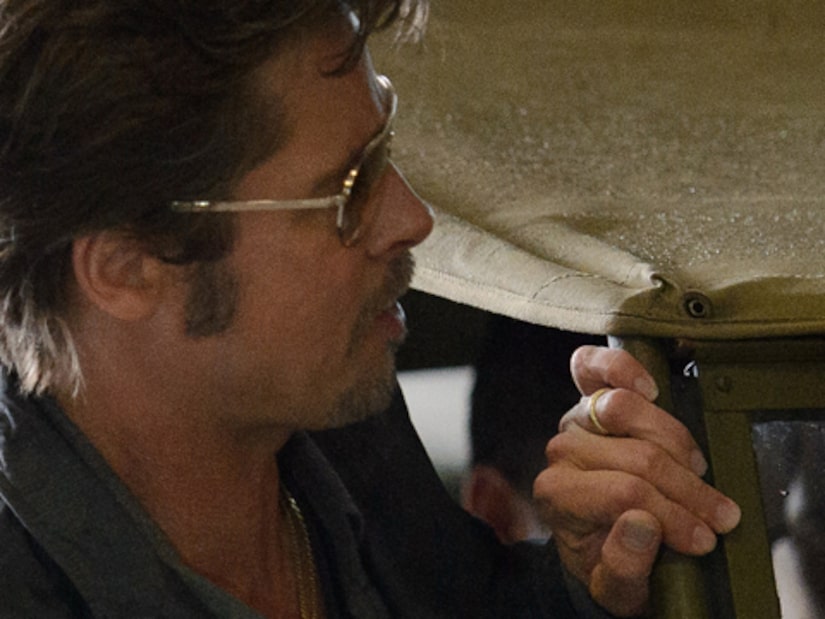 The actor appeared at a photo call in England for his new movie “Fury.” Looking back at the pictures, it is clear that he was trying to keep his left hand hidden, but at least one photographer snapped a candid of Brad wearing his wedding ring!

Take a look at the raw video from the photo call!

Brad and Angelina's Secret Wedding! All the Details

Next up, Brad and Angelina are headed to Malta, a country near Sicily, located in the Mediterranean Sea.

Rather than a traditional honeymoon, it seems the couple will be spending their first days as a married couple working on Angie’s new movie, “By the Sea.”

A source told Us Weekly that shooting begins in September, and that the couple will share some “crazy sex scenes.”

The scenes will take place in an Mgarr ix-Xini Bay in Gozo, a secluded pebble beach ideal for underwater photography.

The newlyweds haven’t been seen onscreen together since their steamy assassin flick “Mr. and Mrs. Smith” in 2005.